344 views
5 min read
Facebook Twitter Reddit Pinterest Email
It's been a frenetic window for the Canaries. One which has seen the departure of a star name and a triple signing on Thursday. Head of talknorwichcity.com Connor Southwell analyses the shift in recruitment focus currently in motion in NR1.

The newfound DNA of Norwich City is beginning to form.

The operation being assembled by those leading departments has been well documented with supporter’s emotion fluctuating between excitement to apathy and back again. It’s been a roller-coaster of a six months culminating in this January window.

In many ways, Daniel Farke has embodied characteristics of Paul Lambert, opting to scour the lower divisions in search for unpolished diamonds, waiting to be discovered. Albeit in his homeland.

That is the reality of Norwich’s current predicament.

With a cloth which has been cut significantly – and requires cutting further – Norwich need to be financially astute whilst ensuring a prosperous output on the pitch. Fundamentally, the success of the recruitment strategy will dictate the outcome of the recently redeveloped structure.

Stuart Webber arrived at Carrow Road with a remit of emulating his work at Huddersfield Town.

What he discovered upon his arrival was a squad who was underachieving, ageing and many who saw their futures away from NR1. Webber was also tasked with the recruitment of a Head Coach and evaluating the clubs Academy process and recruitment strategy. 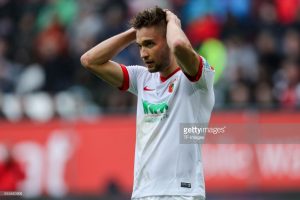 Norwich’s policies in both those departments has been substandard in recent years and have required a clear direction in regards to nurturing young prospects and importing talent into the squad. Webber immediately removed all heads of departments and appointed fresh bodies into the football club.

To change everything so radically and quickly was a big risk, in many ways, he deserves credit for being bold and making decisions. The decision to split the recruitment policy into a European specific department and a UK based one seemed logical. Chris Badlan and Kieran Scott has been responsible for the talent imported in this window.

This is months of preparations, however. Hours of video meticulously analysed and an abundance of alternative players being considered, this is a more sustainable and long term viewpoint to recruitment and underlines the shift in style from old regimes.

No longer are the club buying players who are in the prime of their careers and paying inflated wage packets to players who lack a sell on value. In many ways, the policy has gone full circle. Lambert’s swashbuckling Canaries was constructed with characters who had a hunger and desire. Sheffield United is an excellent example of how a side can be assembled if done so with thorough preparation. 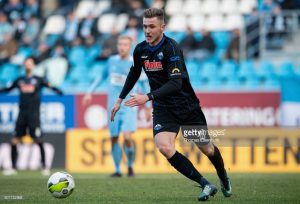 Norwich has adapted to the current state of play in the market, also.

Charlie Wyke and Jack Marriott in League One are being valued at £5m and £7m by their respective clubs, those waters are too deep for Norwich. The alternative is to emulate this philosophy in a market whereby prices are affordable. Dennis Srbeny epitomises this, if Norwich were attempting to recruit one of those aforementioned strikers, it would see them depart with funds they simply don’t have.

Even the experience argument doesn’t hold much weight currently. The jury is still out on Marley Watkins and James Husband whereas Tom Trybull and Christoph Zimmermann continue to look comfortably at home in this division.

Srbeny’s arrival is an intriguing one. This a player who, at 23 years of age, is firmly on an upwards trajectory. 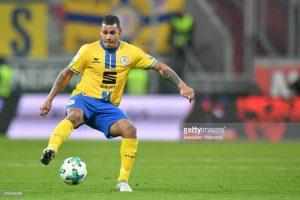 If Leitner does have a positive impact, Norwich will look to recruit him on a permanent basis in the summer window. If he displays the attitude which has seen his career stall, they will cut ties and look elsewhere.

It’s noncommittal and places the club in control. Farke has spoken about taking players to the door, if Leitner walks through that door, he will become a regular fixture in Norfolk.

No longer are the club dealing with high risk players in regards to financially. If Sbreny doesn’t mature into a Championship striker, then that is less of a sucker punch than Steven Naismith’s big money move not working. It’s logical and was absolutely necessary.

This side is starting to form.

The attention is on next season. It is seemingly apparent Norwich will be operating in this division once more next season, but there is a contingency plan. This does not mean that the club has written off chances of promotion, but it would be realistic and sensible to plan for all outcomes.

Supporters will need to adapt to these unknown waters, whereby a lack of household names will be present in the playing squad, but if Farke and Webber can repeat the quality of Zimmermann and Trybull in the majority of signings, then Norwich will be a fully functioning Championship competitor.

The English market is simply too crowded. In a window whereby League One strikers costing over £5m is the going rate, who can blame Norwich for casting their net wider?

This squad will consist of imports and academy graduates in search of longevity and sustainability. This model can reap the rewards for Norwich, both financially and on the pitch.

Patience is a virtue.