Daniel Farke’s side has won just one of their last nine games in the league and is stumbling towards a lower mid-table finish this season. Norwich will have to be more adventurous going forward than they were against Leeds, this fixture presents an excellent opportunity to pick up some needed points ahead of crucial fixtures against Birmingham and Burton.

After an upturn in form a couple of months ago, many expected Brentford to kick on, but Dean Smith’s Brentford side is languishing in mid-table. A response to last weekend’s sub-par draw against Barnsley is vital here.

This is a clash between two sides struggling for momentum, but it also offers an excellent opportunity to kick start one side’s season. 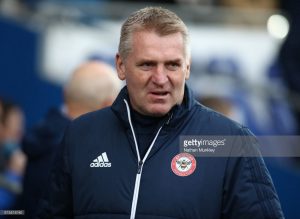 Smith is the third longest serving manager in the division, and since his appointment from Walsall in 2015, he has sought to stabilise Brentford as a sturdy Championship outfit. The Bee’s finished 9th during Smith’s first season and subsequently followed this up by finishing 10th.

Smith’s work at Walsall gained attention from the Bee’s following a highly successful season at the Banks Stadium. He led the Saddlers to a Johnstone Paints Trophy Final, with their possession based vibrant style of play winning plaudits amongst the neutrals. Smith began the following season well, resulting in an approach from Rotherham United, which was rejected. Smith eventually moved to Griffin Park in November 2015.

A tough tackling centre back, Smith was most well known for his lengthy period at Leyton Orient, as well as spells with Walsall and Hereford United. He transitioned in coaching seamlessly and progressed through the ranks at Orient and Walsall before being rewarded with the top job at Walsall.

Smith has attempted to implement a possession based philosophy at Griffin Park. Similarly to Norwich, Brentford have dominated possession but a defensive solidarity has hindered progression for Smith’s men.

Smith has won 39 games in 103 games from Brentford, and boasts a 38% win percentage. 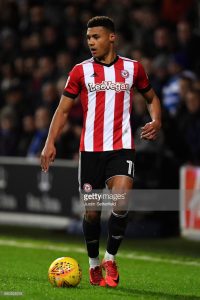 Watkins proliferation during his short career to date has been incredible.

Watkins was a graduate of Exeter City’s youth development programme, he arrived at the club as an Under 11’s player having been rejected as a nine year old. Following his arrival onto the scene for Exeter in 2015, he established himself as a salient figure for the Grecians prior to his move to Brentford in the summer.

His physicality alongside his direct style of running and technical quality has seen him adapt to Championship football exemplarily. His idol is Arsenal legend Thierry Henry and Watkins has described his style of play as an emulation of his idols “I try to base my game on his, by driving at defenders and looking to make something happen when I get the ball”.

Brentford are reaping the rewards of Watkins continued development. In regards to output, Watkins is the Bee’s highest scorer and is versatile across the offensive line. His pace and technical qualities will pose Norwich a real threat.

The sky is seemingly the limit for Watkins. At 21 years of age, he will only get better, and should he continue to develop at this rapid rate, it appears only a matter of time before Premier League clubs could enquire regarding his services.

Other players of note for Brentford are ex Canary Sergi Canos and Yoann Barbet, both of whom could prove key figures for the Bee’s on Friday evening. 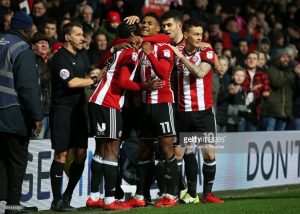 Much like Norwich, Brentford has attempted to install a possession heavy style of football to the Championship this season. A weak rear-guard has cost Brentford significantly this campaign, with 30 goals conceded in 22 games; Smith will keen to improve his side’s efficiency in their defensive shaping, positioning and application.

Brentford are a strong outfit in set piece situations, Norwich has struggled to find a formula to successfully defend set pieces as they have switched between man and zonal marking. Furthermore, an exploitation of the wings is where Brentford create the majority of their chances; Norwich will need to improve their defensive play in wide areas to nullify the threats of Watkins and Canos.

A switch to a 4-3-3 formation is on the cards for Dean Smith’s side, with an abundance of injuries and a season defining festive schedule for Smith’s men; they will be seeking all three points on arrival at Carrow Road.

Chris: Sergi Canos is destined to score for Brentford tonight… But Norwich will have enough to win the game. 2-1 Norwich

Connor: Norwich’s performances have improved of late and if they can follow the performances of Sheffield Wednesday and Leeds, they can easily get a result here. Any drop of points will add a huge amount of pressure on Farke’s men. 2-0 Norwich

Jack: This is the start of a set of fixtures that are simply must win for Norwich, we’ve put the pressure on ourselves and it’s time to see what we’re made of. Don’t pick up maximum points in any of the next four games and questions need to be answered. 3-1 Norwich