62 views
5 min read
Facebook Twitter Reddit Pinterest Email
Ahead of Norwich's late Saturday game, TalkNorwichCity's Connor Southwell analyses City's opposition and provides a scout report as to what to expect of Sheffield Wednesday ahead of Saturday.

This season has not been a replication of those that have gone before it for Sheffield Wednesday.

Amongst a cloud of  expectation, The Owls have spent big in search of fulfilling the ambition of their owner. Money has been spent on players in the pinnacle of their career without care for resale value and long term strategy.

A Steel City Derby defeat to bitter rivals, constant draws and a lack of tactical adjustment has seen Wednesday critically underperform in the division this season, as they currently reside comfortably in 12th position.

With 25 goals from 20 Championship games, Wednesday themselves have hardly been free scoring, but a defensive resolve has seen them claim points from games. They arrive in Norfolk boasting a positive goal difference but on the back of four straight draws in the league.

But what can Norwich expect for an underperforming but defensively solid Sheffield Wednesday? 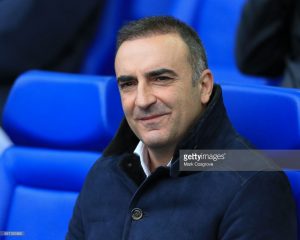 Amidst all expectation, the Portuguese coach is under immense pressure due to his failure to bring Premier League football to Hillsborough and following a poor start to this campaign.

Formerly of Sporting Lisbon and Besiktas, Carvalhal was unveiled as the man to bring the top flight aspirations of Dejphon Chansiri into fruition but after playoff defeats to Hull City and Huddersfield, Carvalhal has seen his position become even more precarious.

From Wembley to wobbling.

The vultures continue to circle over the Owls head coach, with many expecting him to be dismissed should his side fail to win at Carrow Road. Carvalhal has spent big and delivered little in terms of output. Playoffs are great if you win them, but for a man who was expected to build Wednesday into a force to be reckoned with, he has fundamentally failed his remit.

During his first season at the helm of the South Yorkshire club, Carvalhal lead his side to sixth position whilst ousting Arsenal in the fourth round of the league cup in the process. He boasts a 43% win rate, winning 56 of his 128 games in charge of Wednesday.

Carvalhal is rapidly losing support from the Wednesday faithful, with the 60% of supporters who participated in an online poll saying the club should sack him. His brand of football has been a point for discussion, with many, like Norwich, saying they aren’t being entertained by his philosophy.

To stick or twist? That’s the argument for owner Chansiri who is left with the decision over whether to allow Carvalhal to continue building his team whilst spending millions in the process, or seek a new manager. 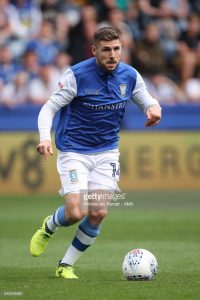 This is a player who will require little introduction to the Norwich faithful.

Hooper was a Norwich player for three seasons, scoring 18 goals in 64 appearances for the Canaries. Debate continues amongst supporters as to whether the decision to trade the services of the striker was the correct one.

Hooper has suffered multiple injuries during his spell at Hillsborough, but has hit top form once more this season and is the leading scorer for Wednesday this term with 10 goals in 20 appearances in the league.

A well-established poacher in this division, Hooper instinctively recognizes the location of the net and has a range of finishes in his locker. Hooper has discovered his top form this campaign and has been a regular contributor of goals.

His offensive simplicity in regards to positioning is astounding. Rarely will he obtain positions out wide, and he stands as an integral figure to Wednesday’s offensive situations, especially due to their emphasis of attacking through the middle phase of the pitch.

However, of his ten goals, only three have come away from Hillsborough.

He is also key to the combination play which Wednesday participate in during offensive situations. His technical quality allows him to combine with alternating offensive figures and create opportunities for his team mates.

Hooper is a well-rounded striker. A natural goal scorer and poacher in the area but the work he completes outside the penalty area is detrimental to opposing defences. Norwich will need to chaperone Hooper’s abilities if they are to achieve victory on Saturday evening.

If Norwich can ensure Hooper remains quiet on Saturday, it could be the key to success.

Continental management but a traditionally English formation, Wednesday operates with a conventional 4-4-2 based around dynamism in the wide areas. They seek to attack through the centre of the pitch, with Fletcher and Hooper combining to preoccupy the oppositions centre backs.

That said however, they are keen on putting crosses into the box  in an attempt to exploit the aerial quality of the experienced Steven Fletcher.

With an average possession of 52%, they attempt to retain possession, building from the back in a patient style but the differentiation of athletic wingers and strikers who have the capability to pass teams into submission, they are deadly offensively.

Despite containing Jacob Butterfield, Tom Lees and Steven Fletcher, Wednesday haven’t played in an overly aggressive manner and it could be argued that benefits Norwich’s philosophy. Should Carvalhal get handed that information in his scouting dossier on Norwich, I wouldn’t be surprised to witness a more aggressive outfit come Saturday.

Wednesday have operated with a 4-4-1-1 and alternate variations of the 4-4-2, but have consistently deployed this with a varying degree of success. It should be expected they will favour their well rehearsed 4-4-2 once more against Norwich.

With frustrations running high at Carrow Road at present, this game can be swept into the ‘must win’ category. If only to give supporters an injection of positivity in the aftermath of a dismal run of form, restricting the supply line to Hooper and Fletcher is pivotal to Norwich’s chances come Saturday.