WES HOOLAHAN – A THANK YOU

630 views
5 min read
Facebook Twitter Reddit Pinterest Email
After 352 games, 52 goals and an abundance of memories, it is time to say goodbye to a legend. Wes Hoolahan has provided all in NR1 with moments of ecstasy, unkindled joy and magic for a decade. ‘If you like football, then you like Wes Hoolahan’ – Stuart Webber

In sport, the term legend can be overused and the meaning can become diluted.

Those who are christened with the term can be responsible for scoring a late winner or an individual moment of brilliance that is remembered for years. 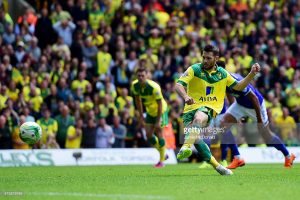 He lit up the pitch with technique and panache often worth the admission fee alone. The Irish international’s love story with the Canaries is entering its final chapter, and all those who have had the pleasure of consuming Hoolahan’s output will appreciate his sheer brilliance.

When Norwich City spent £250,000 to bring him to Norfolk from Blackpool, it’s fair to say a few eyebrows would have been raised, particularly as he was the unheralded heir to a throne vacated by Darren Huckerby who left sourly at the end of the previous season.

His career trajectory was nothing to write home about.

His first season ended in relegation and Paul Lambert was touting his services to other clubs upon his arrival as Norwich manager. There is a beauty in Hoolahan’s attitude, he refused to accept defeat by those who undermined him and had to fight to represent Norwich City.

Every twist and turn was a replication of a higher art form, similarly to Mozart and Beethoven, Hoolahan was a craftsman. He was somebody who could dismantle a defensive structure with a simple turn and twist.

Keys to the City. ? pic.twitter.com/NrdZm85fRF

He is a footballer embellished with extreme technique that few outside of Norfolk fully understand the scale of.

His style which was honed on the streets of Dublin transitioned onto a global stage, a meteoric rise for the boy who was operating in Ireland until he was 23.

Had Hoolahan of been a younger model coming through the system now, his technique would have seen him catch the eyes of more esteemed clubs. What he had to deal with was brazen defenders and midfielders who’s intention was to chop him down.

But he got up, got the ball and kept producing moments of magic.

When Lambert centralised him and unlocked his supreme technical ability, Hoolahan walked through League One with ease, before conquering the Championship and scoring Norwich’s first goal back in the Premier League away at Wigan.

A modest and shy character off the pitch but a headline writing magician on it. Unlike many contemporary footballers, he let his football do the talking and always left you with a moreish demand for more. 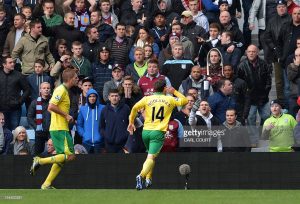 His bond with supporters is completely emotive, the impact he has on supporters is based on how he made them feel whilst he played. His impact is longer lasting, he is a player whose name will be graced on the terraces for years to come, no matter what the age, people will remember watching Wes Hoolahan play football.

That bond is what makes Hoolahan so different to many before him. He is a player who leaves you amazed regarding the talent he possesses in his left boot.

He has retained that DNA of being a street footballer, his devotion to football is evident in every facet of his play.

The outpouring appreciation which greeted the announcement underlines the high esteem in which those on the terraces and inside the fabric of the club hold him. This is a departure which will be given the works; proving the club has learnt from the injustice surrounding Darren Huckerby’s departure.

There is genuine warmth, but also an understanding, this season Hoolahan has been a piece of walking nostalgia. Reputations and perceptions can be altered by a person staying on too long, see Arsene Wenger. Hoolahan’s final swansong comes whilst his reputation is still sky high amongst everyone at NR1.

Very rarely is a player brandished with the term legend whilst still being a member of the playing squad, it is a term gifted to those on reflection of their time spent at a club.

Best norwich player I have seen in a norwich shirt, and will be the best I’ve seen for a very long time. ? #ncfc https://t.co/ltQcSdXzD9

To be considered a legend despite his public flirtation with Aston Villa and condemnation of the football club proves this was a happy but not perfect marriage, and once which both parties have benefited from extensively.

But the time is right, and so are the circumstances.

With James Maddison and Alex Pritchard above him this season, Hoolahan has found his role severely reduced and his ability does not warrant that.

Feeling down? Just remember the world is 4.54 billion years old and we've lived during the time Wes Hoolahan has been at Norwich. Love this game #NCFC pic.twitter.com/gGPiZQegQm

And so to Saturday, for Hoolahan’s final bow donning yellow and green in a competitive encounter. It has been a genuine pleasure to consume your majestic technical ability and the manner in which you’ve produced moments which will stay with supporters for a life time.

Your journey with this club has been a rollercoaster, you’ve been a key protagonist in the clubs recent history, overseeing promotions, relegations and being awarding with acclaim of the Barry Butler Memorial Trophy.

It has been a pleasure to have you Wes, and on behalf of all Norwich City supporters… 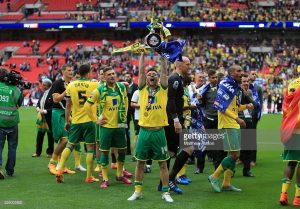