Optimism amongst the Norwich City faithful dipped somewhat during the weekend after the news that both Emi Buendia and Todd Cantwell had been left out of the Norwich City squad. Daniel Farke later told the press that he would have rather “play the kitman” than the two playmakers after showing a lack of focus during the week – scathing indeed.

So how has all of this come about? Will either player be seen in a Norwich City shirt again?

Sunday Morning – Cantwell linked with a £15 million move to Leeds 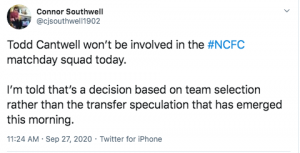 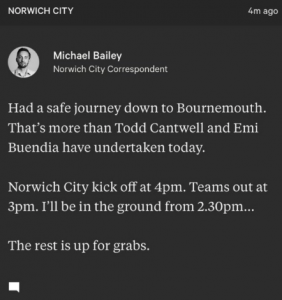