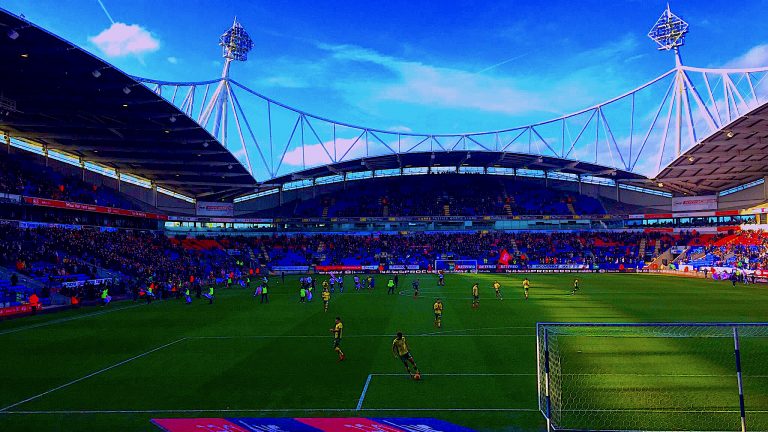 Given the disappointing nature of Wednesday’s loss to Preston North End, you could have forgiven supporters for beginning to feel a bit tetchy given what is at stake this campaign.

Questions were always going to arrive at the door of Daniel Farke after an off-colour day in Lancashire. City were harassed constantly by Alex Neil’s Preston, with them relentlessly restricting Norwich’s time on the ball before a penalty miss altered the complexion of the game which saw City fall short.

Arguably, that result on Wednesday could prove a catalyst for a much-needed uplift, given the Canaries, have been given warning shots by a few competitors previously.

There was a greater vigour and energy to their passages of possession, with a ruthlessness that underlines why they are competing at the summit of the division. This fixture felt significant in proving that the defeat at Deepdale was nothing more than an untimely blip but also to respond to the additional pressure being piled on by their promotion chasing rivals.

Norwich possesses the capability of shaping their own destiny, yet with each game week, the need to match the results of those around them only intensify.

With Leeds United not playing this weekend, returning to top spot would be a welcome relief given the events in the week, restoring self-belief among the group but also putting the supporters at ease.

As a cliché utters, this league resembles a marathon with some fixtures going to be more gruelling than others. Losing fixtures is an inevitability, it’s the recovery that will define whether Norwich can operate under the tag of genuine promotion contenders.

And boy, did they answer with some aplomb.

In these pieces, I attempt to stray away from adopting personal pronouns, but some games break the mould. I have never, in all my years of consuming Norwich City, witnessed football as impressive, as aesthetically pleasing or as sublime as what this current group is producing. The nature of the Canaries strikes was irresistible.

If it was being replicated by one of Europe’s top clubs, the football sphere would be constantly purring.

Supporters have consumed multiple goals worthy of winning numerous goals of the season campaigns, but on Saturday, there was enough to fill a whole rota of entries. The free-flowing, extensive periods of intricate passing resembled poetry.

They play with such freedom and expression underpinned by a philosophical approach that stems through everything they do.

Recall also, this isn’t a side who have departed with vast sums of money in exchange for quality, Norwich’s frontline cost a reported £4m in total. It’s difficult to comprehend how extraordinary this surge is, it’s almost unprecedented for a side to boast both a young squad and one constructed on a shoestring whilst having success.

It isn’t magic but rather a complex set of thorough structures beginning to work cohesively.

Norwich are less than two years into this radical new direction they opted to embark on, given the speed of progression, setting boundaries on their limits is dangerous.

Forget the opponents, this was some response to the doubt growing among some quarters.

With Norwich’s sickbay becoming increasingly crowded, the pressure on young operators’ shoulders intensifying and the positive run of those teams around them, there was an abundance of mitigating circumstances surrounding this contest from the Canaries perspective.

However, as they have done all season when adversity stares them in the face, they respond head on. Rising to every challenge posed of them. Through the core of the side, a mental robustness that comes with tackling hardship but crucially, overcoming it.

Preston set a potential blueprint on how to overcome the Canaries, which made Bolton’s approach all the more bizarre.

They refused to harass and instead were submissive to Norwich’s possession, allowing them to grow into the fixture by allowing them space on the ball to assert their game onto proceedings. Norwich gained territorial control with ease, leaving them to penetrate through a passive defensive shape at will.

Opponents will be advised to adopt the Preston model rather the Bolton one when facing Norwich; the former proved restrictive for Farke’s men, but the latter saw chaos ensue.

Evidence of the quality of Norwich City is in every goal they scored at the University of Bolton Stadium. Re-watch Emi Buendia’s goal. The quality of the pass from Kenny McLean is delightful, but Buendia peels off his defensive marker and runs in one direction even prior to McLean receiving the ball.

Norwich is a side who operate with intellect.

The proactivity in their movement makes them difficult to contend with but their telepathic understanding allows them to destruct deep defensive blocks. This is fundamentally constructed on trust, they believe in their own and their teammates ability enough to take risks. Farke’s coaching will get praised but his alteration of the mentality is simply phenomenal.

Farke often speaks about taking players to the door and Kenny McLean was one who opted to walk through it on Saturday.

Without a league start this season, McLean has been forced to show patience at times, with injury hindering any momentum at his new club. Comparisons to Jonny Howson are factual, with McLean carrying the ball through the thirds and the nature of Bolton’s abject performance allowed him to display his full passing range.

Mo Leitner is waiting in the wings; his quality speaks for itself.

Had McLean not of performed then he’d have been succumbed to watching Leitner’s reinstatement. Another horse for another course, given Mario Vrancic’s sickening absence, Norwich will be grateful McLean is knocking at the door. If Norwich possesses that quality from players not playing regularly, then how good is their starting eleven?

Another man breaking the mould is Teemu Pukki.

His names have been written alongside numerous superlatives in these columns all season. He continues to make those who ramble about his performances search through the dictionary for new descriptions of his talent.

His finishing is known but his movement is often overlooked. His running is relentless but also meaningful. So many strikers adopt plenty of pressing but lack creative movement, not Pukki.

Contemporary football tells consumers that goals cost money, lots of it. Pukki is evidence that widening your scouting pool, taking a risk and ignoring reputations can be exchanged for positive results. That doesn’t simply apply to Pukki, add Buendia, Stiepermann, Trybull and the endless list of recruits unfavoured by other clubs to that description.

Signing of the season, undoubtedly.

For all the good to be unpicked out of Norwich’s game, one consistent weakness is continuing to plague their performances; penalties.

Quite simply, this is becoming a farce. A psychological problem manifesting itself and overshadowing a fine performance. At the time, Norwich had their foot on the throttle, thirsty for blood and looking like a side who could sense weakness in their opponents. Pukki gets clipped. Penalty. Gulps are audible all around the Canary nation.

Pukki is on a hat-trick, surely any goal scorer worth their salt wants to step up and convert. Goal scorers are obsessed with statistics. It’s inconceivable that the Finnish international doesn’t fall into the same bracket. Hand him the ball and let him convert.

This is a burden, one the Canaries could have done without.

Supporters will talk about goal difference and amplify the importance of it but more than anything, Norwich need to accept responsibility and convert, or they run the risk of being punished. Thankfully, this occasion wasn’t costly, but it could have been.

Replicating the situation in training is an impossible task but with five different operators all failing to convert from the spot, it’s more than a minor problem to Farke to contend with.