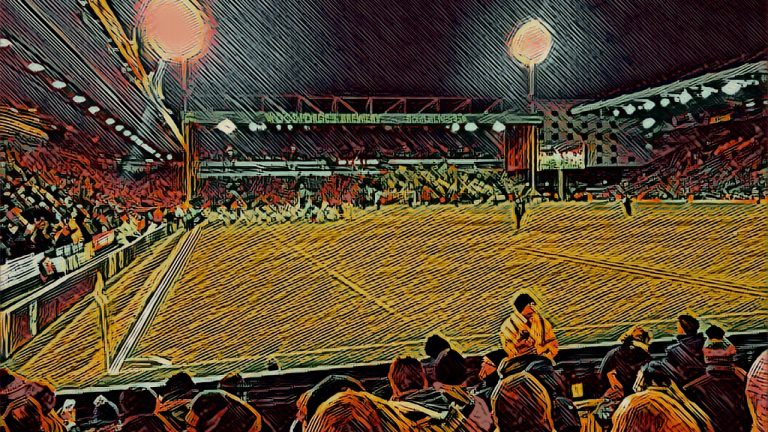 Wasn’t it nice to have a relatively calm end to a game at Carrow Road?!

In the first half, Norwich showed exactly what they can do when they have the wind in their sails. I suppose the only real downside would’ve been their inability to keep a clean sheet, which was simply down to switching off straight after the opener.

The return of Marco Stiepermann was timely against a more-than-robust Birmingham outfit, who were verging on outright ‘dirty’ at several points during the second period. He added an imposing threat at the top end, while Emi Buendia and Mario Vrancic were given licence to roam and spray passes across the field at will.

It remains to be seen how bad Buendia’s knock is, but the Canaries cannot afford to be without someone of his ability with such a pivotal run of games coming up.

Tom Trybull stepped into the Alex Tettey berth and shielded the back four superbly for large spells, breaking up play and rarely misplacing a pass. You could’ve forgiven him for ring rust, but there seemed to be little, if any.

Teemu Pukki showing his predatory instincts in front of goal again, and with Jordan Rhodes and Dennis Srbeny waiting in the wings to take his spot, Daniel Farke has a multitude of options at the top end of the pitch.

A routine 3-1 win is exactly what Norwich needed. Now comes the real test next Saturday!

Jamal Lewis made his 50th appearance for the club during Norwich City’s 3-1 win over Birmingham City, coincidently the same team Lewis made his full debut against on boxing day 2017.

On the night Lewis was solid, providing the assist for Teemu Pukki’s opener, flashing in a low cross to the near post after displaying his pace and trickery down the left flank. This was typical of Lewis, especially in the first half, Birmingham full-back Maxime Colin struggled to deal with the 20-year-old throughout if truth be told.

What is most impressive about Lewis is the level of consistency from such a young man, I accept that he doesn’t have a great deal of competition at the left back spot but, regardless he has made it his own and flourished, becoming a keystone in the Norwich City defence.

Internationally, Lewis has made 5 appearances for Northern Ireland in that time, again reflecting his maturity, both Daniel Farke and international boss, Michael O’Neill clearly trust in his ability and temperament.

What has become glaringly obvious during his fledgling career is that he has a big future ahead of him and Norwich City should be rightly proud to have nurtured such a talent in their own academy.

One of the key figures in Norwich City’s resurgence this year has indisputably been Emi Buendia.

Likened by some to Wes Hoolahan, the £1.5 million-pound man from Getafe seems to possess the same combination of vision, technical ability, and flair to unlock a defence which the legendary ex-number 14 was so capable of doing.

Watching Norwich dismantle a well-structured Birmingham team, it was painfully apparent how key Buendia is to the offensive creativity of the team. He’ll attempt several passes per game that lead directly to goal scoring opportunities from seemingly nothing.

This propensity to create chances when attacks have stalled is something, they dearly lacked last season, when most phases of possession seemed to fizzle out around the opponents defensive third.

Buendia tenacious nature in order to win the ball in situations that seem like lost causes is adhering plenty of punters to his style.

He resembles what Sergi Canos was supposed to be several years ago, just with the end product. While the squad has been tested in several ways with the absences of key figures such as Leitner, Steipermann, and Lewis, Buendia may have been the most important.

The importance of creating an atmosphere, why flags, colour and noise really do help (Will Jennings @WilliamThomasJ)

In an epoch characterised by the pervasive use of statistics, data and tactical analysis – pertinently demonstrated by Marcelo Bielsa’s divisive presentation on Wednesday evening – it’s easy to forget that football players are, in the crudest of terms, human beings.

Like us mere mortals who view matchday as a weekly escapism from the daily toil of the working week, footballers have feelings, live normal lives, and, most significantly, are affected by their surroundings.

Why is this important, you ask?

Well, such a point becomes relevant with even the most cursory glance at the Barclay prior to kick off at Carrow Road, an evocative sea of yellow and green that greets our players as they assume their position and prepare for duty. ‘All of the lights’ is now accompanied by all of the scarfs, flags and colour.

The notion that these players aren’t affected by the atmosphere that surrounds them is one of lunacy, an irrational judgement that strips them of all emotion and instead into robotic cogs part of a mechanical machine.

So, what AlongComeNorwich and Barclay End Norwich have achieved over the past few months is nothing short of sensational.

Carrow Road has become transformed from a passive, sleepy venue to one of renewed energy and fervour, a ground where fans and players now work together to urge each other on and achieve footballing glory.

Granted, atmosphere at football grounds is heavily dependent on the sort of football fans are witnessing, but there’s no doubt that the augmented volume and colour seen in Carrow Road over the past few weeks has played a vital role in contributing to where City currently lie in the Championship table.

For that, all of the Canary Nation must be thankful.

What a night it was on Friday night under the lights at Carrow Road. For once, in a long time, we all enjoyed a comfortable 90 minutes with no dramas.

Mr Tom Trybull returned to the starting lineup and rightfully was praised highly by the Yellow Army, that kid had velcro for boots and never gave the ball away.

Over the last few games I personally felt that the midfield going forward looked disjointed and short of ideas to progress into the final third of the pitch.

Marco Stiepermann returned after a brief spell on the sidelines through injury and boy, did he make all the difference. The ability he possesses to dictate the pace of our play, whilst driving forward creating space for our wingers is exactly what we’ve missed over these last few games.

For a player who was on the brink of being sold in the summer, he has really come into his own and cemented his place in this special squad.

Our next 3 games will in turn, for me, dictate where we’re going to finish this season. Dare to dream? Absolutely. This squad is capable of achieving something special and with other key members returning to the squad, we’re only going to get stronger.

What do you make of our contributors opinions? Disagree? Let us know yours via the comments below and create discussion on Social Media by tweeting us @TalkNorwichCity.