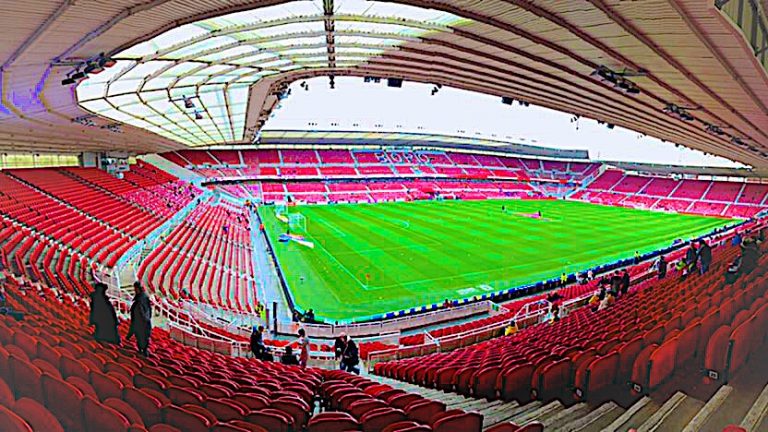 Those Norwich City supporters casting their wandering eyes towards the remaining fixtures of this campaign would have underlined the trip to Middlesbrough as one of the toughest remaining.

Travelling to Teesside to face a Tony Pulis outfit isn’t an attractive proposition for any team.

Regardless of the quality a team possesses, leaving the Riverside with three points requires the usage of an entirely different set of tools. Pulis’ sides are structurally secure, streetwise and physically commanding with a defensive outlook on how the game should be played.

It would prove to be a game which would test the Canaries promotion credentials but also their resolve.

Middlesbrough pressed with intent in the opening exchanges. Pulis roared on his pushing forwards as they attempted to restrict Norwich’s momentum. City has asserted their philosophy in games this season by passing through the thirds and feeling their way into fixtures.

The intensity of Boro’s press coupled with an uncharacteristic lack of composure saw several turnovers as Norwich attempted to get themselves into the game.

Boro’ were committed, energetic and stubborn but ultimately it was Farke’s fledgelings that prevailed. Not for the first time this season.

Like a pendulum, the first half swung with both sides having relatively positive spells without kicking on and taking ownership of the game. Had it not of been for Darren Randolph, Norwich could have found themselves on the favourable side of the scoreline for it was them who created the more clear-cut opportunities.

Comments surrounding their performances of late are understandable given they haven’t been operating in top gear, yet, the sign of an excellent team is one who can grind out results while still producing moments of quality consistently. Not at their devastating best but, crucially, winning football matches.

Given the proverbial carrot being swung in front of their faces currently, it’s understandable that performances haven’t matched the standard of games previously. Dominance has transferred into effectiveness, but one thing that has underpinned the success they’ve conjured up to date is the unique togetherness that oozes out of this squad.

Pressing in the right way, as a collective, but also being willing to take possession of the ball in tight spaces and possessing the confidence in their teammates to retain the ball allowed them to manage the press more efficiently in the second period.

Composure is a significant part of their performances; the Riverside was merely another challenge to overcome in the eyes of this group.

This team is resilient, not solely because of how they roll with the punches but the consistent manner of their blocks, tackles and heart on sleeve defending epitomised by the outstanding clearance courtesy of Christoph Zimmermann.

Moments of quality win you football matches, but togetherness wins you titles. Luckily, Norwich possess both in abundance.

The emotion and humility pertinent throughout the televised interview with Onel Hernandez and Christoph Zimmermann underlined the special bond between the squad. To create a successful environment, one able to not only carry young players but to help them progress, is reliant on it.

Norwich’s second half was symptomatic of their current soar, plenty of energy, quality but also game management to see out a game which could have proved troublesome.

In the last few matches, there isn’t any concern or anxiety when consuming Norwich. Admittedly, there are prickly points and moments where the tide seems to be flowing against them but they possess the gears to sift through and the individual quality to set them apart from the rest.

Given the nature of their contenders last two matches, the reality is both won’t reach the threshold of ninety points. Their current standing is a position which puts the Canaries firmly in the ascendancy.

As a performance, this was wholesome and gritty.

Tim Krul was assured, Zimmermann was commanding and Hernandez electric; they may get the rub of the green on occasion, but it comes through them being so resolute and technically gifted because of how they control and navigate themselves through fixtures. They do win the ball back; they do have the potential to compete physically but also possess a hardened exterior.

For Middlesbrough, tactically they were successful in the opening period and restricted Norwich getting into their rhythm. Restricted firmly within the Pulis shackles, that first period felt like them at their maximum while City noticeably was not.

The wheels seem to have come off, four defeats have seen them sink like a stone, but they performed well while lacking punch on occasion.

Absolutely magnificent from Zimmermann!!! Leading by example yet again! What a season Zimbo has had! 👏💪 #ncfc #otbc pic.twitter.com/qw5r39xZia

The paradigm surrounding promotion has shifted from ‘if’ to ‘when’.

Going for the jugular needs to be the message now. Expectation has been a component absent all season, ahead of two home fixtures, the mood needs to be one of determination to cross the line, not of expectation.

Every win feels seismic; each takes the Canaries closer to fulfilling a dream that appeared impossible only months previous. History will place this current crop alongside the heroic figures of the double promotion in 2009-2011 but also the title-winning side of 2005.

In terms of enjoyment, they have returned smiles to the faces of everyone connected with the club. On matchdays, there is now a buzz where once there was apathy. Not merely because they are winning games, not even because they are playing well but because of the definition of this side. What they stand for. How they execute the football they play.

It feels palpable. Now is the time to roar this side home, not to expect or demand.

Can we play you every week?

They've never done that before against any opponent #ncfc 🔰

When Norwich last replicated this current record of seven wins on the bounce; they won the title in 2004 under the stewardship of Nigel Worthington. They are racing away at the top of the table at a rate of knots.

Exceeding expectations admittedly, but Norwich is at the summit of the table on merit through hard work and against a backdrop of financial insecurity and limited hope.

Anyone even contemplating the idea that the Premier League wouldn’t welcome Daniel Farke’s Norwich City with open arms is dismissive of the brilliant work undertaken behind closed doors and within the club’s academy.

This is a club who are progressive with a clear set of ethos of how to conduct themselves, something to be welcomed among the riches of the Premier League.

External opinions are irrelevant, this side will be one that is competiting in England’s top tier next season.

They haven’t reinvented the wheel nor revolutionised the way football operates but they’ve mastered simplicity and extracted the maximum of their resources.

Promotion, regardless of how much of a step away from the euphoria of the Norfolk bubble you take, seems inevitable.

It can be confirmed by Easter Monday, if not sooner.

A huge thank you to Fin Stevens for providing permission of the usage of his photo in the articles header.