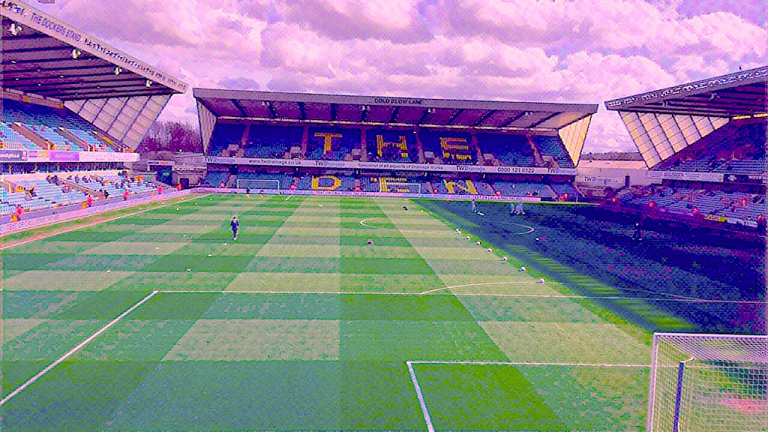 Facebook Twitter Reddit Pinterest Email
With eleven games to go, the prize is getting closer to the Canaries grasp. Following an impressive victory over Bristol City last Saturday, the Canaries travelled to the capital to face a Millwall side struggling at the bottom end of the table. Head of TalkNorwichCity.com Connor Southwell reports on the action.

553 days ago, Norwich trod off the pitch at Millwall having been on the receiving end of a 4-0 drubbing.

Chants of ‘you’re not fit to wear the shirt’ were audible from the away end.

Their new project had been comprehensively beaten by one of the Championships most physical, intense sides. Even at that early juncture, there would have been several people of a yellow and green persuasion who would have been questioning what they had let themselves in for.

Physically dominated, out-fought and out-thought, it was a defeat that moved Norwich into the relegation places whilst it served as the Lions first win since their promotion to the second tier. Norwich was incapable of stopping a fairly predictable threat whilst struggling to assert their game onto proceedings.

None of the starting eleven from that drubbing started at the Den on Saturday. Norwich is a completely different outfit, one that has exchanged transition for cohesion. Daniel Farke’s ship is attempting to sail to new shores whilst Neil Harris’ men are endeavouring to keep theirs afloat in this division.

With that context in mind, you could forgive any Norwich supporter travelling to the Den with trepidation albeit if the circumstances were radically different on this occasion. Given some of the encounters in recent weeks, this would prove a multifaceted fixture which posed different questions of the Canaries.

As away encounters transpire, a trip to the Den is an unattractive prospect for any side.

The Lions were aiming to create an arm wrestle, one which detracted away from periods of possessions and instead focused on creating a physical occasion that played firmly into their hands. With an agricultural style synonymous with them, this was always going to be a case of Norwich requiring more than simply aesthetic periods of play.

Yet, for all the plaudits their passing philosophy will receive, it was the size of their character and ability to control the aerial assault provided by Millwall that would result in victory for the Canaries.

Saturday wasn’t solely about how quickly they could shift the ball through the thirds, nor about how devastating their combination play in the offensive third was, but rather about how well they could cope with the unique skillset of Millwall. For all of their limitations, of which there are many, Millwall knows what they are and was determined to enforce themselves onto the game.

Farke’s Championship odyssey has witnessed last gasp winners, moments of pandemonium and scintillating passing moves but without the deep reserve of character his side possess, promotion can be written off.

Evidence the numerous blocks and reargued action when the visitors had just rediscovered the lead. Norwich is a side forged in steel, together they are united, giving their all to the cause.

Farke described the encounter as being complex.

It was one that required cautious negotiation, especially given how they struggled to contain Millwall previously. This was a captivating game of football, one which proved sides will raise their game when faced with the league leaders. Full throttle football is something they will have to adjust themselves to as well as matching as the run-in gains momentum.

Proving they possess more strings to their bow will be a massive injection of self-confidence. The more faces they can display in their methods of operation, the more they can continue to answer tasking questions thrown their way.

Capable enough to persist with their way, this was a combination of the best of their play with the best of their character. As Millwall fought to the sound of the trumpets, they stood firm. A set piece aside, they were in the ascendancy, asserting their game whilst ensuring they defended with aggression and full concentration.

One player blossoming into a talismanic figure in a season brimming with potential is Christoph Zimmermann.

He is rapidly developing into one of the best defenders in the Championship.

His physique is intimidating but his positional intelligence coupled with his ever-growing sense of maturity is making him an immovable force in the Canaries backline. That’s before you consider his leading role in the dressing room, a captain in every sense of the word.

Often, his heroic defending earns him praise, yet this time out it was his emphatic header dispatched in a period when the game was hung on a knife-edge. Regardless of the tough week he’s endured in his personal life, still, Zimmermann pulled on the shirt and performed with assurance whilst displaying real leadership.

Another key cog in the Norwich City clockwork was Tom Trybull.

The German acted as the conductor, manipulating the ball in possession but also shielding the back four with intensity and intelligence. Question marks have surrounded how successfully Trybull performs the stopper role in front of the back four. He answered those questions as emphatically as Zimmermann dispatched his header.

His tenacity leads him to expose space if the ball can be moved quickly by opponents.

However, Trybull acted with discipline and experience. Deciphering when to press and win a tackle or opt to contain and intercept is one of the hardest elements of a midfielders game but every decision he made was sublime from a defensive point of view and lead to a number of turnovers, particularly in that second period.

Consistency needs to become a key part in his game.

He needs to prove he can perform over a prolonged period; not merely when he has something to prove or play for. His season has been one of frustration but he’s seizing his opportunity with both hands, on the evidence of his recent displays, it’s increasingly difficult to see where Alex Tettey fits into this side.

Although, that says more about the capability of the players currently occupying the periphery of the squad alongside how those operators are taking their opportunities when they are presented.

Currently, Norwich is embarking on a voyage of discovery; one that is proving irresistible to consume but difficult to avoid being carried away by.

This is a Norwich City vintage that nobody will want to end.

Given they now possess an advantage of nine points over West Brom suggests this has become a three-horse race. Attentions will now turn towards the Steel City Derby on Monday with the potential ramifications for the Blades there for all to see. This could prove to be a defining weekend, depending on how that aforementioned fixture concludes.

All of the elements brought together epitomise what is making this season so special; the unpredictability; the relatability; the togetherness; the philosophy and the atmosphere.

Eleven cup finals stand between Norwich City and the Premier League, what is needed now is a control and a belief that they can see out the job their performances warrant this season. Promotion would cement their place in Norwich folklore, now they need to exchange the pencil in which their names are written to permanent marker.

If this fixture proves anything, it’s that Rome wasn’t built in a day but rather 553.