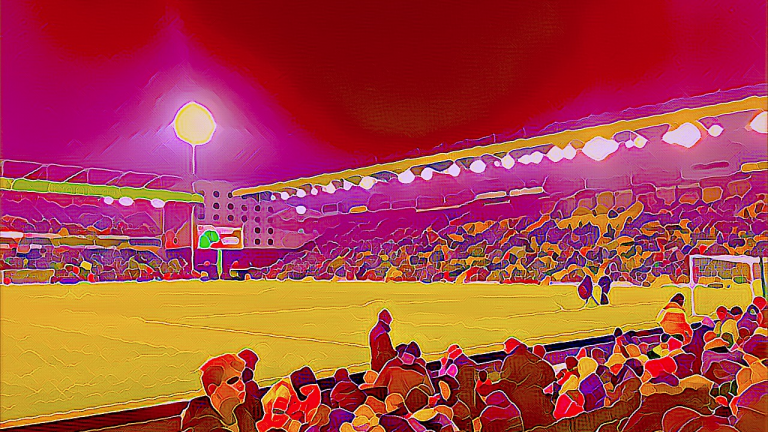 If Daniel Farke was to draw up a list of priorities surrounding this campaign presently, very few would expect the FA Cup to rank highly on that agenda.

Ultimately, Saturday’s encounter was one whereby Norwich will breathe a tremendous sigh of relief at the fact they aren’t facing the prospect of a return journey to the South Coast for a replay. The reality is that defeat may prove more beneficial than a draw in the long term.

This isn’t a rhetoric that is being proclaimed because Norwich lost the tie, but simply underlining the unrelenting nature of the Championship and the reality that FA Cup involvement was always going to prove an unneeded sideshow given the high stakes of this season.

Patently, very few would have sided with Norwich not reaching the fourth-round draw given the choice but with a depleted squad in regards to injuries coupled with the importance of the upcoming fixtures, focus can be shifted on the league campaign rather than the unwanted distraction of more fixtures where the chances of suspensions and injuries merely increase.

This was a fixture designed to present Norwich with some respite from the increasing pressure of league fixtures but also allowed Farke to contemplate alternative options ahead of the final stretch.

Felix Passlack and Ben Marshall were awarded a rare start, but it was Kenny McLean who pushed his case furthest based on the evidence presented at Carrow Road.

His opening chapter at Norwich City has been marred by injury and frustration but the Scot displayed glimpses of the ability he possesses in his cameo at St Andrew’s on the opening day of the season. Since that day, alongside the aforementioned operators, McLean has been occupying the shadows due to external factors.

There was a rustiness present in his performance, but he certainly displayed something contrasting to the operators that make up the Canaries midfield at present.

McLean has a positive impact when in possession.

Similarly to Jonny Howson, he wants to commit space when in control with the football and contribute to the offensive phases of play by committing defenders and then playing the ball around them. His goal scoring exploits at Aberdeen are there for all to see, and he looks like having the potential to contribute to the grind in a pivotal period in the season.

He is still some way away from a league start, but if he can ensure he gets himself match fit, then he could offer an option that not only suits Norwich’s philosophy but also adds something to it. A few of the passes he completed would have set Farke’s pulse racing.

Possessing different options allows Farke to be proactive and change games that aren’t swinging in Norwich’s favour. McLean is an option that Norwich don’t have at present, someone who wants to commit space and play the game in the opponent’s half. Plan B has been about adaption rather than complete change, depth and difference in options accommodates for that.

Farke speaks repeatedly about taking his players to the door in regards to opportunities, it’s simply up to them if they opt to walk through. Take two of Norwich’s youngest operators as an example of the freedom that comes with complying with Farke’s high standards.

Ben Godfrey was expected to return from an impressive loan spell at Shrewsbury with the intention of him making a seismic impact in the colours of yellow and green. For an extended period in this campaign, he has been an understudy with a watching brief. Few could have blamed him for being frustrated after his exposure to regular game time last season.

Many would have elected to sulk and push for game time elsewhere; not Godfrey.

His patience is being rewarded. Farke presented him with an opportunity and he is continuing to impress in a multitude of positions. Whether it be at centre back or in the defensive wide areas, his physicality and positional understanding make him a flexible option.

Todd Cantwell wasn’t even expected to stay around Norwich, with another loan move being rumoured after the success of his time in Holland with Fortuna Sittard. Talk of his size and lack of physicality not suiting the Championship were rife, but Cantwell has displayed that he can translate his technical ability onto the rigours of the division.

His positive emphasis does lead to him being caught in possession and losing the ball but his instinct is never to settle for the game being flat or against him, he wants to create openings and manipulate the positioning of defenders. That takes bravery but then so too does a serious change of haircut.

Criticism has arrived at his door after some indifferent form.

Following the high he experienced against Rotherham, there was naturally going to be a decrease in performances. Cantwell possesses magic in his boots and some of his passes are so intricate. He has moved beyond the infancy stage of his career and is now looking for improvement, he has so much potential. He just has to fulfil it.

Togetherness has been a consistent theme of this Norwich side.

Regardless of whether players are competing in the firing line every Saturday or occupying the fringes, there is a united front to the way Norwich conduct themselves.

Nobody can accuse them of lacking spirit, the way they operated for 76 minutes with ten men merely reinforces the resilience of this side. Adversity is being placed in their paths at every juncture, but yet they continue to respond.

Credit needs to given to Norwich for their performance that followed Grant Hanley’s deserving dismissal. Portsmouth was virtually fielding a full strength eleven, with only two changes made in comparison to Norwich’s eight.

Visiting Fratton Park in a midweek game sandwiched among some pivotal league fixtures lacked appeal, so avoidance of this may prove beneficial as the season continues to unfold. Norwich’s competitors are still involved in the competition, Stuart Webber speaks about small margins and fewer fixtures results in the likelihood of injury being slimmer.

Unless Sheffield United fail to beat Barnet at Bramall Lane on Sunday, then Norwich will have an additional break towards the end of January. That fixture will be rearranged to a period when Norwich have a full roster to select from.

Last seasons ties against Arsenal and Chelsea provided enough cup excitement to roll over to this campaign. It’s time those memories were created in the league.