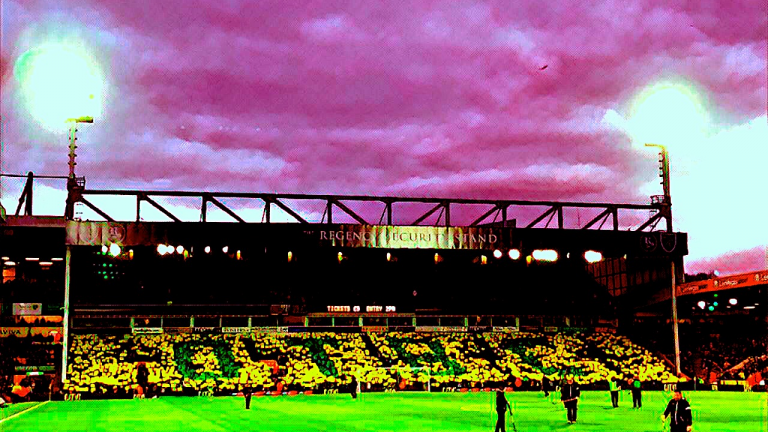 Frustration is an emotion which has been alien to Carrow Road for the majority of this campaign.

Yet, for 86 minutes, it was the primary emotion felt from all who occupied it. Norwich City have been immense this season. They’ve stared adversity in the face numerous times and have been able to conjure up a response on many occasions.

Just when it seemed they’d pulled a rabbit from the hat, a sucker punch from Andy Rinomhota seemed to flow against the status quo of the season to date. The nature of that goal is disappointing to take, but considering the current outlook of the table, it’s not something they can afford to dwell on.

Reading came to Carrow Road with a tactical game plan, one they executed to perfection for 85 minutes of proceedings.

They posed questions of Norwich’s resolve but also of whether they had an alternative plan. Deployment of a low block was successful namely because of the density of their shape and how they condensed the middle phase of the pitch. Norwich was forced out wide and invited to put crosses in, something that they aren’t keen on doing.

Reading had constructed a script that they were intent on following, with each scene meticulously devised for the most part. To title them unambitious is an unfair slogan; they are battling at the wrong end of the table. Every point is valuable.

Naturally, the observation is to state Emi Buendia’s absence as a vital factor for Norwich’s underperformance.

Buendia was always going to be an unwelcome loss to the make-up of the side.

He has blossomed into quite the operator, one who is capable of deciding Championship matches and is rapidly racing towards the title of being City’s most talented player. His quality on the ball, vision and the manner of his movement was always going to be a set of skills that would prove difficult to replace. They haven’t won a game this season without him.

So they need to adapt.

Todd Cantwell was given the nod and performed amicably given the expectation placed continuously on his shoulders. The dynamic feels as though Moritz Leitner or Mario Vrancic require reintroducing, particularly in Buendia’s absence.

City’s interplay wasn’t as fluid; the manner in which they moved the ball through the thirds was slow and sluggish. In honesty, it felt somewhat like a performance from the last campaign. Admittedly, they created chances and had it not of been for Emiliano Martinez’ brilliance then Norwich would have walked away with all three points.

Seems contradictory to compare those last two remarks, but Norwich didn’t possess the sparkle that’s almost become a given ingredient to their game. Yet, they weren’t astoundingly awful either. It was a tactical, rather than mental, performance that just lacked a spark, that’s due to a combination of factors.

The tempo increased in the second half, and the manner of the comeback was gritty and the definition of character. After working so tirelessly to get back into the game, the frustration will be at their inability to see it out given how they were forced to find solutions throughout proceedings.

Even so, they dug deep into their reverse of character to produce two moments that should have won them the game. Had they of seen it out, then it would have been described as the stuff of champions.

Supporters will feel deflated, that’s natural given the nature of the season and the heightened emotion surrounding games at present, every victory feels more significant, and every game where points are dropped feels like a major stumble.

Norwich doesn’t need to be glancing in their rear-view mirror.

Every supporter will respond with deflation immediately after the final whistle given the nature that match concluded. In the long run, and as the heightened emotion gets drained away, what they will feel is a tremendous sense of pride towards a team who refuse to lay down but also responds to problems in a proactive manner.

No team will win every game, some hurdles won’t be cleared, but this side has deserved a right to be supported for every kick regardless of the end result. Promotion is getting closer. Five games remain, and the Canaries need three wins at a maximum to seal their return to the Premier League. As the old saying goes in football, if you can’t win, then don’t lose.

Heads dropped, and mentally that was a major kick in the teeth, but the nature of this team is that you cannot write them off. Their bounce back ability is sublime and unquestionable, win at Wigan and all will seem rosy once more.

This isn’t a moment for supporters to lose their heads or let pessimism creep in but to contextualise the scale of achievement of this Norwich City team this season.

Winning the title is the prize on offer, they are cantering towards it and despite easing off the accelerator on Wednesday, are still upholding a significant cushion over their two competitors who are intent on battling between themselves for the second spot.

What has this Norwich side given us this season?

They have played football aesthetically but effectively, scoring goals and being entertaining while boasting some young talent revered by all in this country. Carrow Road was on an entirely different planet after Christoph Zimmermann’s late header; they were scenes to rival anything witnessed throughout this extraordinary campaign.

Daniel Farke has constructed a side who are fearless. One that has been built by the environment instilled into the culture of the football club, one of expressiveness and disregard for the external noise. They wouldn’t occupy that top position without that component to their game. As soon as that becomes intruded with doubt and glancing over shoulders, they’ll lose that edge.

Pride should be the only emotion. There should be no expectation but simply encouragement and belief. This result is one step closer to the ultimate prize on offer and this is a result which may be reflected upon as integral come May 5th.

As long as they continue to move forward, then ultimately, they will eventually reach their destination. Some journeys take longer than anticipated, but arriving at the destination is going to inject a sense of euphoria into this city and county which has been long overdue given the form of recent seasons.

Stylistically, this side is tremendous. Norwich operates with confidence, swagger and possesses a togetherness with each other that appears unbreakable. Even within a forest of adversity, they’d discover an axe and break free. It’s their personality which creates the reliability which has connected with so many neutrals but reinforced why so many come in their droves every week.

In the bad times, you cast your mind forward and dream of those moments of immense joy. Not because they seem tangible, but because its why you follow the beautiful game. This is a moment for everyone connected with the club to embrace and enjoy, not to nail bite or self-doubt this group. They will respond regardless of the comments around them.

Constructed correctly, performing consistently and playing outstanding football, this is what everyone of a yellow and green persuasion has dreamt about.

Roared on by 5,000 plus supporters at Wigan will be another graphic illustration of the journey they’ve embarked upon. End game is upon us. Crossing that line is something that will be met by relief, but remember, times may not be this fruitful again. Enjoy rather than expect, don’t let it pass you by.

Sheffield United’s draw at Birmingham leaves the table looking remarkably similar to how it appeared prior to kick off.

Promotion is about when and not if, the earliest it can be achieved is on Good Friday and the stars seemed aligned for promotion to be sealed in front of the Canary Nation.

A huge thank you to James Myhill for allowing us to use his fantastic image for the header in this article.