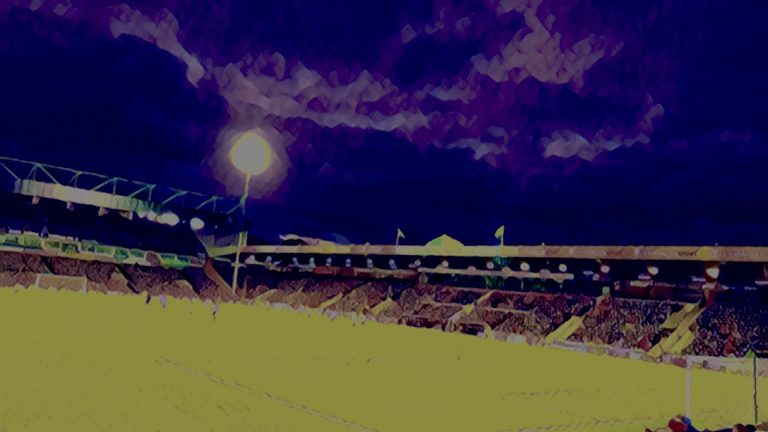 Often, games such as Saturday’s home encounter against Sheffield United, get neatly filed under the category of being ‘season-defining’.

Few fixtures in recent times have possessed the gravitas of this one. Nerves were palpable from all quarters prior to kick off. Make no mistake, after the blank squib of last season, the return of high reward, intense encounters serve as a timely reminder of why so many of us opt to consume this glorious game.

As such, these type of games are very rarely spectacles whereby masses of quality are visible to those inside the stadia. But this one was an exception that broke that mould.

Sheffield United arrived at Carrow Road keen to assert their philosophical game onto the hosts. Unlike most who have visited NR1, they were seeking to be proactive with their approach.

Similarly, Norwich believed they could widen the gap between the respective sides. With their slick, free-flowing possession-based game and youthful exuberance, this possessed the potential to be an intriguing game. More so when you consider the historical context which United supporters still shake with anger about.

As an advert for Championship football, this game was tremendous.

It resembled a heavyweight boxing bout, with both sides inflicting heavy blows on each other and the verbal’s being exchanged between the opposing technical areas merely displayed the magnitude of this fixture for those on both sides. Both sets of supporters were completely engaged, roaring their respective fighters on with vigour.

Given all that has gone before, both sides left the ring feeling a newfound mutual respect for each other.

Ultimately, this will be a game immediately reflected upon by Norwich which is tinged by frustration and what could have been. The long-term perspective will be brighter, however, with another of their promotion contenders halted and another hurdle cleared in their hunt for promotion.

Considering their usually high standards, Norwich didn’t reach the devastating top gear we’ve witnessed frequently since August but, considering the youthful makeup of the starting eleven deployed by Daniel Farke, to remain dogged and to be able to roll with the punches is a credit to his side.

That’s Norwich to a tee this season though, they may be a technical outfit but at the core of their operations is tremendous character and togetherness interwoven with their footballing philosophy.

Although their reserve was tested for extended periods, with United tactically dominating the Canaries and preventing their usually forward-thinking full backs from galloping beyond the halfway line.

Sheffield United’s use of the wide areas was their prominent supply line.

Overloading the Canaries full-backs through a striker making a run into the channel to accompany the respective wing back before a cross was launched into the box was an effective source of attack.

This wasn’t a constant punt in hope of locating gold, but a strategic tactic designed to put them in the driving seat and assert their physicality onto their opponents but also feed the prolific Billy Sharp at regular intervals.

Chris Wilder deserves some plaudits also. At half time, he elected to change formation to more of a diamond shape in midfield, effectively marking Hernandez out of the game. Despite his unpopularity with a large contingent of Carrow Road, he’s proved himself capable of constructing a side who are streetwise.

Make no mistake, this isn’t a side who look to play direct passes up to a big man and work off him, this is one that seeks to operate in the correct way. They have spiky edges, but ultimately they moved the ball with purpose, through the thirds and they possess some classy operators.

Norwich were the architects of their own demise in the manner in which they conceded the two goals.

From Emi Buendia’s needless challenge to give away a penalty just before the interval to Norwich’s inability to prevent the crossing situation arising, both will be analysed and reflected upon with frustration.

More so because of the positive situations Norwich engineered themselves into, playing some attractive football while being ruthless in their finishing.

Without a clean sheet in eleven fixtures, Farke will be agitated at his side’s defensive mishaps, mainly because they controlled the game out of possession relatively well prior to Buendia’s cheap concession. Something to work on.

Ruing on those goals will only allow self-doubt to manifest. Timm Klose’s presence was undoubtedly a miss.

For numerous reasons, this would have posed Max Aarons and Jamal Lewis with their toughest test yet.

The manner of which the Blades manufactured two versus one scenarios regularly hindered the duos usual impetus going forward.

Norwich’s defenders deserve credit for the way they responded to the respective incidents, they didn’t opt to hide or be bullied but stood to be counted, even in a highly pressured situation.

Many inside Carrow Road were expecting a tactical tweak or substitution in the second half as Sheffield United become increasingly superior in the fixture.

Farke commonly waits until the final ten minutes before altering his approach. Some regard this as stubbornness but it’s the sign of a coach who believes in his side. Knowing when to stick or twist can have a fundamental impact on whether Norwich wins or loses a game.

His changes have been instrumental to some iconic late fightbacks and last gasp winners but, as witnessed against Derby County, have also caused severe disruption to the momentum during a game.

That aforementioned fixture clearly loomed large in Farke’s mind, with the debate surrounding about whether to revert to a three at the back formation coming later than some wanted. Farke has proven himself to be an astute tactician, one capable of impacting games with his changes.

Farke warrants being given the benefit of the doubt on this occasion, and changes don’t guarantee success, on this occasion he opted to stick, at West Brom, he brought on Jordan Rhodes and Kenny McLean. Both of whom had a devastating impact.

Some will say an opportunity missed, but given the size of the fixture, it was intrinsic Norwich ensured they left with at least a point. Farke’s over-cautiousness on this occasion is understandable.

Did self-doubt enter the equation? He and his coaching comrades will be considering what could have been, undoubtedly, but it merely underlines how much faith Farke has in those he deploys.

If anybody still requires a graphic definition of how Daniel Farke elects to operate, simply rewatch the opening goal in its entirety.

The manipulation of the ball, confidence to play within condensed spaces and playing through the thirds, Norwich are playing some of the most aesthetically pleasing football they’ve ever managed.

Every single operator donning yellow and green has a hypnotic sense of calm of the ball, one which has been placed into the switchboard of how they operate.

Whatever language, whatever age and whatever position, the players now hold an intuitive understanding between themselves, each piece of movement is read and received, each pass played with purpose. It’s simply poetic at points.

Following the opening goal, a supporter turned to me and uttered these words ‘I’ve never seen anything like this here’. If that doesn’t underline the magnificence of what is being played out on the pitch, then nothing has the ability to do so.

What’s perhaps the most impressive element is the ability to conduct these complex and intricate phases of play in such a highly pressurised environment. Farke has concocted an atmosphere whereby freedom of expression is encouraged, and mistakes aren’t vilified but rather seen as a recognition of the education for the individual.

This hasn’t occurred through coincidence but rather by coaching, and the way Norwich’s combination play is now ending in chances being created is a testament to the hours of devising on the pitches of Colney.

Had Norwich of opted to remove Farke from post after a season of underwhelm and tedium last season, this could be another transitional season under a new head coach attempting to construct a new philosophy, they decided to be patient and see this project through to its conclusive end.

Whether Norwich achieve promotion or not, whether they fall away or not, this team has made attending football matches at Carrow Road enjoyable once more. Reconnecting the supporters and rediscovering the fun factor was vital, apathy has been replaced by ambition, silence replaced by noise and hope has returned.

With Leeds on the horizon, another massive encounter awaits.

Norwich has displayed they have the reserve to come through unscathed or even to upset the apple cart at an Elland Road baying for blood.

At this rate, with confidence as high as it is presently, the message from Norwich will be this; bring it on.