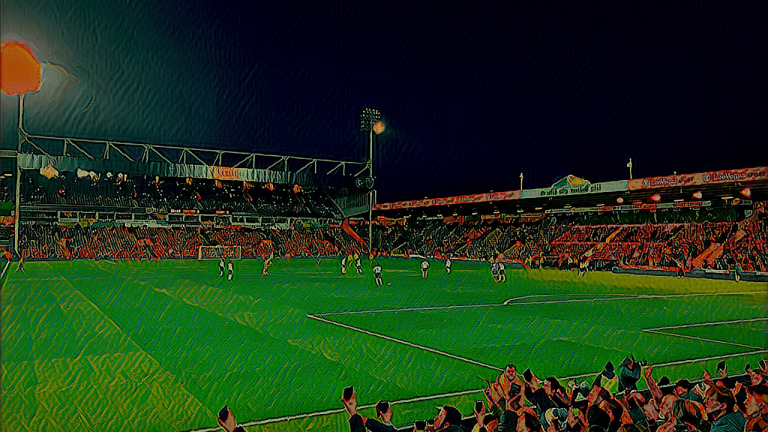 Facebook Twitter Reddit Pinterest Email
After the drama of Boxing Day, you could have forgiven Norwich City supporters for wanting a quiet afternoon. Head of TalkNorwichCity.com Connor Southwell dissects the proceedings of another exciting afternoon at Carrow Road.

Saturday’s home encounter against Derby County saw the lights go out on 2018, literally as well as metaphorically.

As the players left the pitch and punters stood with bewilderment tangible around the stadium, few expected that by the final whistle they would be wishing for a return to that uncertainty. At that point, few anticipated that Norwich would lose this fixture, but the confusion was soon exchanged for disappointment.

That stoppage allowed Frank Lampard to provide his team with an impromptu team talk, righting the wrongs of the second half and restoring the wind to their sails. One side responded to that interval and the other simply didn’t. Yes, it killed momentum and they would have possibly won the game, but you have to play to the circumstance.

Disappointment is rarely an emotion Norwich supporters have had to experience to date this campaign, with winning becoming a norm and improbable outcomes being seen regularly. Ultimately, if Boxing Day was the bedlam, raucous night before then this fixture proved to be somewhat of a hangover.

After that Boxing Day comeback, all Norwich supporters wanted was a comfortable voyage to victory.

Yet, Norwich City and comfort aren’t bedfellows, rarely do they get associated with one another.

Instead, defensive mishaps were prominent, capitulation witnessed, and a late fightback to clutch victory from the claws of defeat seen. However, this time, it was to be Norwich who was on the receiving end of a late comeback.

Norwich operated with aplomb in the opening exchanges, orchestrating some of the finest football Carrow Road has witnessed from Norwich in many a year. Effective passages of play, dynamic runs whilst managing to connect all thirds of the pitch.

Quite simply, it was joyous to consume, and their opponents were firmly on the ropes.

As they dispatched their second goal, few began to wonder how many they could score should they maintain the relentless surges of offensive pressure they were displaying. Derby’s concessions gave them little room to breathe, Norwich were mesmeric in the opening half an hour of the game.

Daniel Farke has coached his side to be expressive and creative on the football, but intellectual and fearless off it.

Max Aarons made a critical error on Boxing Day yet was still operating with freedom and confidence due to the licence he’s given. When they play, there is no weight on their shoulders.

Players like Marco Steipermann, Mario Vrancic and Onel Hernandez are given a carte blanche to affect proceedings and ensure their positive characteristics are at the forefront of their individual game.

In that opening half of the first period, Norwich resembled a yellow wave, constantly exploiting space and cherishing every pass as though they were children playing the game in a local park simply because of the enjoyment it provides.

It really was a Jekyll and Hyde display.

Yet, they were the protagonists of their own downfall and fell due to their inability to respond to the second phases of set pieces.

It is their major Achilles heel, of that there can be no doubt. They were operating in cruise control, dominating proceedings and looking hungry to inflict a heavy hammer blow to Derby County. What followed was a poor response from a corner that should have been dealt with comfortably.

Because they elect to deploy a zonal method of marking, it leaves little room to mark men who aren’t in the 18-yard-box. This structure puts Norwich at a disadvantage because opponents will naturally attempt to exploit the space in between markers, which is where the second phase has been happening.

What’s more, because they bring everyone back to defend, once cleared the ball only returns.

A failure to clear the initial cross results in a dismembered zonal marking system and frenetic recovery phase, it’s during that latter stage whereby Norwich are struggling to respond to the ball. Quite simply, it’s unacceptable that this problem has been able to manifest and become a noticeable weakness.

Reality states that no side is perfect; all have flaws, and all will become apparent across the season at differing stages. For Leeds, a thin squad that Marcelo Bielsa will work incredibly hard, history states that his sides perform at a higher level in the early stages of the season and drop those levels after Christmas.

Will Leeds be different? Let’s see.

West Brom, despite their constant goal threat they carry, they are, similarly to Norwich, shipping goals at an alarming rate. This is a marathon and not a sprint, but Norwich needs to refine and rectify their defensive phases at opponents’ corners.

Although, it was only last Saturday they were celebrating a gritty 1-0 win at Ewood Park.

If Farke has proved anything, it’s how effective his coaching is.

They aren’t conceding goals whereby their defensive shape is being manipulated nor are they letting in world-beating efforts from range, but these are preventable goals that can be put right on the pitches on Colney.

The meticulous nature of Farke’s coaching will hopefully see this weakness not become a repeated and constant headache responsible for costing the Canaries valuable points.

The manner in which they make offensive inroads has improved from last season and is the perfect example of Farke’s coaching benefiting their game.

Last campaign they would work into tight spaces and become crowded, centralising the play leading to the ball being moved backwards. Contrast that with this campaign, where their work is in the opponent’s half and dynamic fullbacks provide support to the offensive elements of the play. They can work within tight spaces more efficiently also.

Individually and collectively, Farke has improved Norwich City. Being perfect isn’t an option but they can improve, knowing they need too can be a healthy reminder of the work ahead.

When you can’t outsource improvement through player trading, you focus on coaching.

Being a contending team can become disorientating, flaws can become papered over and confidence can become complacency. Being brought down to Earth doesn’t have to be a negative and neither does it warrant the reaction witnessed in some quarters.

Norwich will continue to be written off and people will continue to subject them to doubtful remarks and associate their form with luck. The opening 30 minutes was a graphic illustration of why this Norwich side are defying odds, because there is no pressure but simply the possibility of creating something truly magical.

It’s football without strings attached, and that comes from honest, pragmatic leadership.

Hurdles have been placed in front of Norwich by their doubters at every opportunity, they’ve had to tussle with adversity, yet they’ve responded to every situation with grace and humility whilst simply continuing to play their football.

The manner of the loss wasn’t ideal, but Norwich has produced moments that have rewed supporters with a love for the game.

Young operators, a philosophy that has been vastly improved since last campaign and a likeable squad that lack reliance on one superstar and is one, cohesive unit.

They’ve made it difficult to stay angry at them. Not that anyone should be.

If they can respond, as they have done previously post Stoke, then it will reignite the feeling that most supporters share and as Farke proclaimed after the match, it’s dangerous to write off this Norwich City squad. Mentality is key from here, and Brentford feels even more significant.

A bump in the road was to be expected, but Norwich selected the right game week to drop points and now, with the fixtures on the horizon, that loss is off their shoulders and the need to develop a new unbeaten run is more pertinent than ever.

Time is a healer, and reflection of being in this position at this stage is something to celebrate, not to groan or mumble at the events that have slightly darkened a terrific period. Nobody anticipated or predicted with real gusto that Norwich would be resting in second place as we accelerate into the New Year.

Comparatively to last season, there is a sense of hope and anticipation when walking to Carrow Road.

Atmospherically, that stadium is proactive in its chants and is truly behind the players. The sea of colour continued to roar and sing, if they can replicate their first half of the season, or better it, you sense that could grow beyond anything seen in NR1 previously.

Whatever happens this season, should Norwich continue a promotion charge, or should they fall away, they have reconnected supporters with what it means to be a Norwich supporter.

The New Year holds all the cards, Norwich just needs to play them right.

From everyone at TalkNorwichCity.com, a huge thank you for reading our articles this year and hopefully, 2019 is the year Norwich create something special. A Happy New Year to you all.