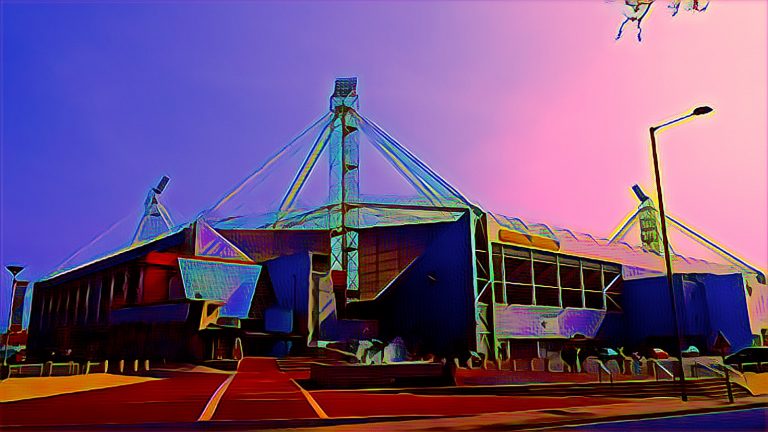 Keep calm and carry on, that will be the underlying message Daniel Farke delivers to his squad.

In a season whereby promotion has become the target, there’s an inevitably about Norwich enduring a blip at some stage during their run in.

At the weekend, results favoured Norwich. After this round of fixtures, they didn’t. As is football, particularly in the Championship.

Perspective is pivotal, given nobody expected Norwich to find themselves in this position at any point of the season, let alone going into the final fourteen games. They haven’t lost an away fixture since August, have been the protagonists of some remarkable comebacks and have injected the Norwich City sphere full of hope and optimism.

However, this would prove a bridge too far, but equally, could prove to be a catalyst that ensures complacency doesn’t manifest itself.

For Norwich, they travelled to Preston following a season-defining run that saw them muster eleven points against teams that share the top of the division with them. After the intensity of the previous two fixtures, namely a heated East Anglian Derby, there was always going to be a disjointed nature about how they would operate.

Ultimately, it would be a slow start that would cost them.

After a feisty Derby match on Sunday, fatigue was going to be an unwanted factor to contend with. Physically, naturally but also the psychological fatigue that manifests after a high-profile clash. Once you recognise the effort required to dismantle Leeds before such an emotional fixture against Ipswich, then an understanding of why this result has materialised occurs.

Patently, Norwich isn’t an invincible force who can simply clear every hurdle without adversity. They are human beings, and this was nothing more than an inadequate day at the office. If it can happen to Pep Guardiola’s Manchester City then it will undoubtedly happen to every side throughout their individual campaigns.

Importantly, Norwich needs to ensure that the mindset isn’t that one that passively accepts the situation but rather dissects the game and learns what needs to be improved. One defeat can escalate into two rapidly. The response from here will make compulsive viewing.

That’s something Norwich need to avoid.

Overreacting, as some in several quarters have opted to do, is natural given the heightened sense of what is at stake. Surely, if any group of players deserve to be given the benefit of the doubt and forgiveness over a wobble then it is this current crop.

Remember the apathetic days of the past, whereby the disconnect prevented anxiety over results and attending games became a chore rather a choice. This Norwich team isn’t going to magically fall away, it possesses tangible quality, one which will see them towards the top of the table come May.

Conceptually, football is a complex process.

Often there is no real evidence or trends behind results. Rationale is needed to understand the bizarre nature of it. That uncertainty is what makes it so compelling. One loss won’t define a season, one win doesn’t guarantee promotion. Not every game is going to be a smooth ride resulting in three points, but Norwich has a history of overcoming adversity consequently this season.

It’s all about rolling with the punches.

Following an initially abject period resulting in Norwich discovering themselves two nil down, Farke did make changes that impacted the complexion of the game.

Switching to a three at the back provided Norwich with a greater share of possession and they began to discover pockets of space of which they could manipulate. Prior to this change, Teemu Pukki held a watching brief as his colleagues struggled to contend with the intensity of Preston’s game.

They grasped the mantle and looked like a team constructed in their manager’s image as they oozed grit and determination. Prior to this game. Neil was yet to beat Norwich as Preston manager but the Scot holds a more magnanimous perception of the club than others.

The manner of which Preston pressed was intelligent. There was a subtilty to how they went about their work. They turned the ball over nicely also, sometimes you have to praise your opponents. They also played some really positive football which, considering their tag, was pleasing to consume at points.

His side was dogged, defending their box valiantly and wholeheartedly, ensuring Norwich were left to probe while inviting the visitors to intricately play through them. Once you add this with some wonderful goalkeeping, then you have a recipe for a frustrating night for Norwich.

That said, Norwich did improve sizably in the second period.

They possessed more endeavour and managed to construct some more positive phases of play that aligned with the philosophy supporters have seen flourish this campaign. Some poor individual performances and bizarre decision making aside, Norwich did manage to discover a foothold in the game.

With Mario Vrancic joining Moritz Leitner on the treatment table, Norwich supporters were keen to see Kenny McLean given an opportunity to assert his quality on proceedings.

Yet, Farke opted to be more pragmatic and return to the partnership of Tom Trybull and Alex Tettey in the aforementioned player’s absences. The ramifications of selecting this partnership are the loss of transitioning the ball through the thirds with effectiveness and being able to switch the play with the pace that others inject so well.

Both operators’ performances have been vilified on social media, undeservedly so.

The problem isn’t electing to play the duo together but selecting them on the premise that they are able to carry out the jobs of a more natural ball playing midfielder. Trybull is tenacious and Tettey is a tough tackling warrior whose job comprises of winning the ball for others to make headlines.

Tettey is at his best when he wins the ball and plays it simple. Talk of him not being technically capable enough to operate in a Farke system is a myth. Tettey is an integral operator. Every side requires someone who breaks the mould and does the tireless graft others don’t complete.

Sacrificing bite in exchange for more technique is a dangerous game. The two are bedfellows and need each other to flourish.

Talk about his limitations is understandable, yet he is having one of his best and most consistent seasons donning yellow and green. At 32, he has improved, contributing more to offensive sequences but also utilising his skill set defensively to good effect.

Alex Tettey is a useful player to possess, and playing Trybull alongside is an option, just not in Farke’s desired system. Although, understanding Farke’s reasoning is critical.

Pre match, Farke opted to highlight Preston’s emphasis on aggression and physicality. In periods on Sunday, Norwich was lost in midfield. Solidifying the central area of the pitch was done to prevent Preston from becoming physically dominant but also as a repercussion of the mounting injury list.

So, where from here?

To Bolton, is the answer. Where Norwich will need to ensure this becomes nothing more than an off-day rather than a prolonged spell, given that ground is so hard to gain and yet so easy to give away. For different reasons, that fixture poses more tough challenges. If Norwich possesses one thing, it’s character.

Norwich will need riposte if only to settle the jitters among some of their punters.

It’s going to take a degree of context to process this but, it’s not about this defeat in isolation but more about what happens next that will define the next step in Norwich’s hunt for glory. Oh, and whether they can convert a spot kick.