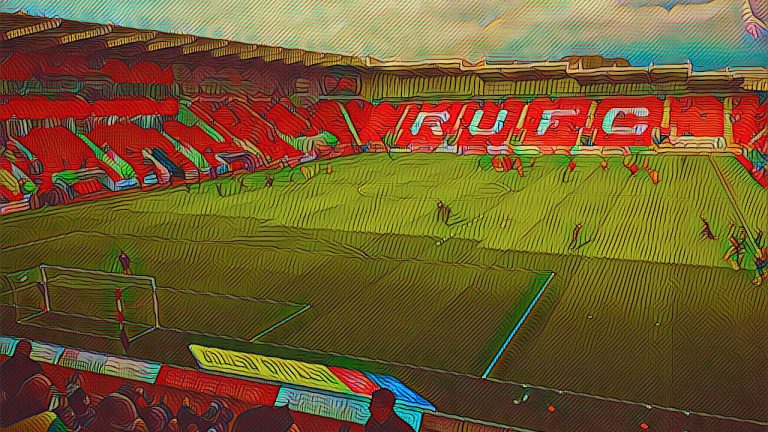 Facebook Twitter Reddit Pinterest Email
Norwich City kicked off at the New York Stadium aware that a win would extend their lead over promotion rivals Leeds United who occupy 3rd. Simply, they needed to find a way. Head of TalkNorwichCity.com Connor Southwell analyses proceedings in Rotherham.

Prior to Norwich City even kicking a ball on Saturday afternoon, the doors to the automic promotion race were dramatically kicked off their hinges.

That win for Sheffield United was a graphic illustration of how each competitor is refusing to give an inch in this enthralling and compelling race to the Premier League.

Two points separated Norwich City from third position as they kicked off at the New York Stadium conscious that this would serve as a precious opportunity for them to begin to construct a gap and display their promotion credentials.

Although, this would prove to be a case of substance over style for Daniel Farke’s men.

Rotherham were intent of playing the role of the antagonists. A well-structured, well-coached and disciplined side ferociously scrapping for survival, they were intent on creating an arm wrestle. By adopting an approach that attempted to exploit their superior physicality, they prevented the visitors from asserting their philosophy onto proceedings.

An arm wrestles this wasn’t; a more apt description would be a bare-knuckled heavyweight bout with one technical contender looking to command proceedings whilst the other attempted to make it a raw-boned contest whereby aerial bombardment and set-piece grunt were favoured.

A regular theme throughout this campaign has been surrounding them rolling with the punches and dealing with the thrust of certain opponents. One more they proved they can adapt to sides who pose a physical threat.

Call it reserve. Call it character. Call it togetherness.

This was Norwich City proving they can mix and match with every stylistic approach that is put firmly on their doorstep.

Farke’s fledgelings have been responsible for numerous sequences of football akin to that of Barcelona, but a grim March afternoon in Rotherham required an altogether different set of tools. Despite the home punters constant aggrievement surrounding their perceived mistreatment, it was simply the case that Norwich possessed more spirit and quality.

Simply, they were better in every department.

Brandishing Emi Buendia with a colourful choice of language merely underlines how much the Argentine is beginning to flourish.

Calls of him being a cheat were so far off the mark they don’t warrant discussion. Buendia was playing in an alternate footballing sphere to those of his Yorkshire counterparts. If Buendia glides round defenders and their response is to foul him, then that illustrates his quality.

Questions of continuity have been raised following the intense load of recent weeks, but Farke opted to stick rather than twist by retaining faith in the eleven who have won their previous six games.

The main point of contention surrounded the German selecting Kenny McLean after some indifferent performances.

McLean’s pursuit of a regular starting berth has been blighted by injury and other protagonists enjoying blossoming form. A key component of this Norwich side has been their capability to take opportunities with aplomb and assert themselves onto the squad whenever they are handed the shirt.

Impressive more so is the amount of quality operators currently with a watching brief. From Grant Hanley to Mo Leitner to Jordan Rhodes, these are players that would be consistent cogs in any other Championship side.

It merely displays how impressive Norwich have performed but also how those coming in have grasped the mantle.

The main benefactory of Farke’s faith in McLean is his improving performances after a series of unconvincing games in the engine room. His limitations defensively and positionally are there for all to consume but perhaps knit-picking is doing a disservice to a player who poses a great goalscoring threat.

McLean was composure personified as he broke the defensive attention of the hosts to coolly slot past Rodak in the Rotherham goal. McLean is beginning to up the gears, now it’s about consistency because the presence of Mario Vrancic and Mo Leitner loom large.

Farke’s trust in a number of operators is seeing him reap the rewards of healthy competition in a squad sewed together by its mutual understanding.

Tom Trybull is beginning to flourish once more, answering the doubts surrounding his ability as the Canaries primary ball-winning midfielder in emphatic style. The dynamism in which he operated was sublime to consume. His resilience a key reason why Norwich withstood bombardments both aerially and physically.

Drumming away in the latest hit, Trybull is resembling the figure who adhered himself to supporters last season. His metronomic qualities on the ball but also his steel and underlying determination to win the ball provided Norwich’s midfield with greater energy and more intent within the press.

His aforementioned qualities provide Norwich with someone who can harass and tackle but also dictate proceedings in possession. A classy operator who is blossoming at just the right time.

He covered every blade of grass. He almost completes the roles of two midfielders with his performances. On and off the ball, Trybull is making a mark – considering how he couldn’t get himself into the team months ago proved that if players prove their worth when gifted an opportunity, Farke will retain their services in his starting eleven.

While Max Aarons and Jamal Lewis have been accredited with a significant part of Norwich’s success, Ben Godfrey has been conducting his work quietly and maturing rapidly.

It’s time to add Godfrey to the list of those young operators’ in terms of talent and acclaim.

When Farke proclaimed Godfrey possessed the potential to be a ‘world class central defender’, more than a few eyebrows were raised. Fast forward a few months, Godfrey is now on the verge of becoming internationally recognised at youth level and is keeping experienced operators out of Norwich’s side.

He’s matured into a centre back capable of breaking the opposing press by surging with the ball, commanding his colleagues to push forward in support and suffocate the opponents in their own half thus allowing Norwich to dictate their style onto the game. Furthermore, the manner of which he stood up to the aerial threat of the hosts was competent yet impressive.

Godfrey is another who could excel well beyond his current ceiling providing he can maintain this level of form. As a centre back, he is rapidly improving alongside Christoph Zimmermann. Positionally superb, physically commanding and technically outstanding, he is the modern centre back and pivotal to the make up of this side.

Don’t opt for experience, Mr Farke, stick with this backline. It’s been a compelling watch. To witness them being handed the shirts and playing with self confidence is joyous.

Much was made of the adverse reaction aimed towards Tim Krul in the midweek game against Hull.

The voluminous response which greeted the Dutch goalkeeper as he ran to assume his position just underlined the support he has in NR1. Acceptance that he isn’t flawless is vital but reference that match winning punch in the dying embers of the fixture that underpins his quality.

Capping off a fine riposte with a goal would have been the cherry on top. Sketchy at points, admittedly, but the environment provided by the travelling contingent was one of support over criticism.

This proved to be a stern examination of Norwich’s promotion credentials, perhaps more so than the one they were anticipating at the Den a few weeks previous. On this evidence, Rotherham possesses enough to keep their heads above water, considering Paul Warne’s relationship with Norfolk, most of a yellow and green persuasion will be content with that.

Aesthetics can’t always be at the forefront of your work. Sometimes merely discovering a method to get through a game with a win is more vital than a performance.

They used every inch of game management in their armoury. Now, it’s about getting the job done in whatever way possible. Whether that be pretty FarkeBall or gritty 1-0 wins, the focus has to be on continuing to win football matches.

When you combine the two, that’s when they’ll blow teams away. They possess the characteristics needed to grind out wins.

The Canaries march on into an international hiatus where they can reflect on where they stand and what more needs to be done. 78 points mean four wins takes them to 90, that could be enough to secure automatic promotion.

The criteria, now, has to be on finishing the job.

Countdown clocks at the ready, eight to play.