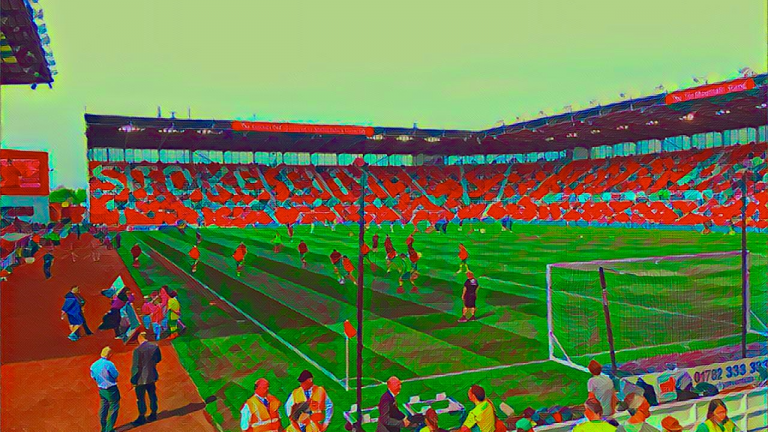 Facebook Twitter Reddit Pinterest Email
It was another day which could have ended in promotion for Norwich City but, ultimately, didn't. However, it was a major day for their promotion aspirations with one point required from two games to secure a return to the top flight. Head of TalkNorwichCity.com Connor Southwell reports from Staffordshire.

Football is an emotional game.

Anybody who was apart of the travelling contingent who made the journey up to Staffordshire or was apart of the additional Yellow Army being formed in the South Stand at the beam back will have experienced the range of emotions this sport throws at supporters so relentlessly.

When the mood music so desperately required altering, up stepped unlikely hero, ex-Canary Sergi Canos and his Brentford side who still had the words of Timm Klose ringing in their ears.

With Canos’ goal and Brentford’s victory, the picture at the Championship’s summit had flipped in a way which meant emotions changed from dejection to jubilation for Norwich City.

Only two hours prior to the whistle being blown at Griffin Park, those operators donning yellow and green laid, crestfallen on the turf after committing everything in their fibre to the cause.

That similar feeling was evident on the terraces, when many stood, hands behind their heads in the knowledge that the promotion race just took a turn which could prove detrimental to the Canaries hopes, given the nature of this game, they could have approached the remaining fixtures with their heads down and spirits low.

That hangover prolonged itself into the beginning of the Brentford fixture.

Canos was a major protagonist in helping carve the route to the promised land; ironic considering the bit-part role he played under then boss Alex Neil during the Scot’s tenure at the club. Neal Maupay scored the other to dismantle a Leeds side who have fallen short after surprise defeats to Wigan and Brentford.

It took the second goal to appease those supporters occupying various vehicles travelling on numerous dual carriageways to make their way back to Norfolk. Prior to that, coaches were travelling in silence while being reflective on the opportunity squandered and the reality that the daunting last day trip to Aston Villa would have promotion riding on it.

Canos and co have presented the Canaries with a golden ticket, one they need to grasp and run with until the ultimate prize presents itself.

From laying on the turf of the Bet365 Stadium, looking for answers and pausing for breath, to being in the comfort of their homes possessing the knowledge that one point is enough to take them, mathematically, back to the place all Championship footballers dream of. The full whistle was met with deflation and disappointment, two hours later, jubilation returned.

They may not possess the magic ‘P’ they require to accompany their name at the summit of the division, but, it is beginning to seem inevitable that Norwich City will be a Premier League outfit next season. Marcelo Bielsa admitted it, Leeds’ task from here, seems too substantial to climb, especially if they aspire to catch City.

It’s a funny game, football, to put it mildly.

The faces of the respective players, fans inside the stadium but also of those back home at Carrow Road, were disappointed, frustrated and fearing for the worst. This felt like another huge, dramatic two points dropped. Leading twice and pegged back twice. Norwich’s control they asserted in the opening proceedings of the game all but evaporated after the injury sustained to Tom Trybull.

Resembling a game more akin to those seen in the NBA, the frenetic nature suited the counter-attack Stoke were keen to look to play on throughout. Nathan Jones encouraged his team to be more aggressive and press with a greater intelligence but also an urgency to disrupt Norwich’s rhythm in that second half.

This game proved to be the essence of where Norwich City currently reside.

From control to panic to desperation and back again, this has been the process of Norwich’s last few fixtures. A failure to begin the second half with urgency invited the Potters back into the game. It posed a real question surrounding whether they had done enough – even the most optimistic of Norwich supporters were left thinking about permutations of varying results and circumstances.

Despite the noise surrounding league positioning, Stoke do contain quality. With experienced Premier League operators coupled with young, enthusiastic players, they posed an enduring test in the basking Staffordshire sunshine.

Norwich roll into town being the team expected to assert the tempo and quality onto fixtures. Opponents see this game and earmark it as a free hit. Without expectation, they can raise their level and make it harder for the Canaries to settle in or, crucially, cross the line.

Fundamentally, this is a young group.

Some of whom won’t have experienced a promotion battle or intensified pressure, with every result feeling seismic regardless of the outcome. Scratch upon the surface, and you’ll read about four draws whereby Norwich struggled to locate top gear but ultimately haven’t lost. Norwich has achieved six more draws than their competitors, Leeds United.

Contrast and compare the different circumstances. If it wasn’t for that Mario Vrancic free kick against Sheffield Wednesday or that pivotal Jordan Rhodes equaliser at the Hawthorns or even the last-minute brace from Onel Hernandez at St Andrews on an opening day, Norwich wouldn’t be on the cusp of the Premier League.

The pressure is being felt. That is an inevitability given the youthful makeup of the side but reference the 80-yard defensive covering run by Ben Godfrey as an example of how this side operates. They will not alter or change their inner workings chasing a game nor will they lose hope or give up regardless of the situation that presents itself.

Led by ice cool composer, or rather, 90’s rocker Daniel Farke, the blend of symphonies creates a side who sing from the same hymn sheet.

They are within touching distance of the Premier League; if they can conjure up two victories, they will do so as Champions of the division. Ultimately, all eyes will shift to Carrow Road on Saturday with the immediate task of crossing the line needed before a potential party in the Midlands at Villa Park.

Brentford’s win alters the dynamic but the objective from Farke towards his men will remain, he wants a promotion, but equally, he wants the title.

It boils down to standards. Farke’s comments often contain the words greedy, together and ambitious; this is a young group who are meeting the standards of an operator who wants to develop them as winners.

Everybody in the league would dream of swapping positions with Norwich City. With two games to play, they have both hands on the wheel and are crafting their fate. Draws will need to become wins should they wish to be lifting the Championship title at City Hall in celebration.

One point needed but, despite lacking the mathematics to support them, it seems inevitable Norwich City will return to the Premier League next season.