WEST BROM 1-1 NORWICH CITY – THE START OF A TRICKY RUN MARKED WITH A PROMISING POINT BUT WHAT NEXT? 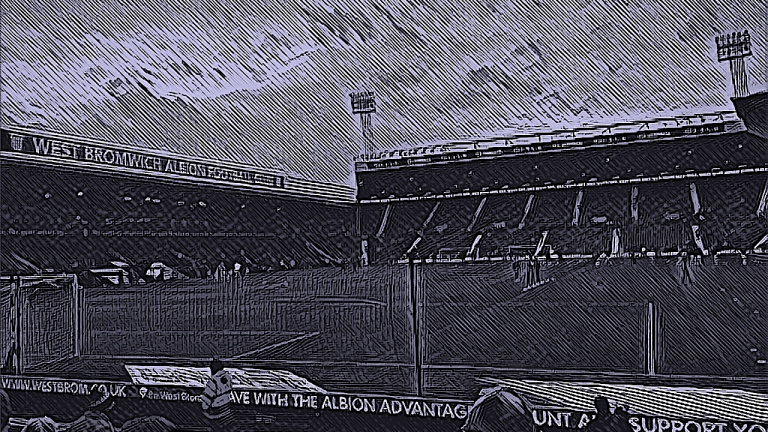 As you walked around the Hawthorns prior to this critical Championship encounter, anxiety filled the air with the magnitude of this fixture being felt by both sets of supporters.

For West Brom, this game provided an opportunity to eliminate the point gap between these two sides whilst attempting to gain ground on their promotion rivals. Darren Moore’s men have been a side oozing with offensive prowess; they possess power, experience and pace in abundance.

A tweet on the screen before kickoff described this game as having the potential to shape their season, the hosts certainly highlighted this game as one that had a highe significance.

Equally, Norwich will have highlighted the significance of this fixture as they embark on a potentially season-defining run culminating in an East Anglian Derby in February. There were nerves palpable among the travelling contingent, waiting in apprehension to see if Norwich could navigate the first of these mouthwatering five games.

Yet, it was the hosts who enjoyed the better of the opening exchanges, with their approach stifling how Norwich sought to operate.

West Brom harrassed City’s reargued, restricting options on the ball through condensing space by angling their runs in a way that prevented Norwich passing through the thirds.

Particularly from goal kicks, Norwich struggled to concoct a solution to the aggressiveness of the Baggies pressing.

Quite simply, they resorted to direct and aimless passes towards lone striker Teemu Pukki.

They lacked his physicality and awkwardness to displace off the ball. Steipermann acts as their physical outlet but also plays a leading role in relieving defensive pressure. All too often throughout this fixture, the ball was being pumped long only for it to be recycled by either of West Brom’s towering centre-backs.

Steipermann is an integral part of Norwich’s contingency plan should they struggle to adapt to an intense press implemented by their opponents. His relationship with Pukki is one of the contributing factors as to why the Finn has netted so much this season, his physicality occupies defenders attentions leaving Pukki to operate on the shoulder of opponents.

It’s a testament to the German who, only last season, was being lamented for his lack of ability whilst being deployed in a left back position. Farke will be hoping his medical staff can nurse him back to full health ahead of Birmingham.

For prolonged periods in the opening exchanges, this would have proved to be an enduring watch for anyone of a yellow and green persuasion.

Praised constantly for the clarity in their approach and the youthful exuberance in the makeup of their starting eleven, there was an unusual lack of conviction and belief in the way they operated. West Brom deserves plaudits for the way they restricted Norwich’s attempts at wrestling control, but City struggled to locate passes with confidence and was inferior to the hosts.

Norwich has slipped into plateau since pre-Christmas, with their slow opening periods becoming a reoccurring theme Farke will be keen to prevent from manifesting into a serious problem. Major protagonists occupying the sick bay rather the pitch isn’t helping matters and points are being won through the depth of their reserve and possession of character rather than domination.

Although, as proved on numerous occasions in this division, those that can continue to discover a method of picking up points and those able to grind out results on a consistent basis usually find themselves in contention for promotion, reference Neil Warnock’s Cardiff City of last season.

The respective responses of both punters graphically illustrate the backdrop against which City are searching for success.

Jeers met the final whistle from around the ground from supporters of a West Brom side who have flexed their financial muscle regularly, possess an abundance of internationally recognised players and have spent a considerable period in the country’s top division.

Contrast that with Norwich’s working methods presently which involves attempting to develop a club into one that can compete whilst being self-sufficient. They are seeking success with a mixture of academy graduates and clever recruitment.

West Brom should be a top two side, based on the evidence provided by Saturday’s encounter.

They possess offensive operators capable of tormenting any defence at this level with experience in the middle phase provided by Gareth Barry and Chris Brunt all whilst attempting to be expansive and threatening in the final third. The shackles of a club left apathetic under Tony Pulis have been released, and the belief they can return to the promise land is genuine.

Despite this, their dominance was undone by Norwich gaining a foothold and regaining the confidence that has been evident for the vast majority of the season.

Credit needs to be placed firmly at Farke’s door for the proactivity of his changes during the second half.

Few coaches would have displayed the bravery and adeptness to adapt proceedings in an attempt to inject an altogether different impetus onto the game. Sure, coaches introduce attacking understudies in most fixtures, but overhauling the system is a more radical method that involves risk-taking.

Those who remember Chris Hughton’s stint at Norwich will recall his substitutions designed to consolidate a game or simply placing attacking players on to replace those underperforming or lacking offensive productivity.

Farke is an astute tactician.

He’s a coach who recognises the importance of being adaptable and fluid, his changes resulted in a more cohesive unit who could manage the ebb and flow of this fixture with greater control.

Tactically, Norwich suddenly had more presence in the newfound system, with the wing-backs holding a high line between the opposing winger and full back to restrict their overloading in wide areas. It opened up the game, but it worked in Norwich’s favour ultimately.

Changes in personnel also made an impact, which two substitutes combining to ensure City left the Hawthorns with a point that could prove crucial to the climate of the season.

Kenny McLean impressed against Portsmouth, his season has been stuttered by injury, but he could prove to have the same freshness as a new signing. His delightful cross dispatched by Jordan Rhodes in a way commonly associated with the striker.

Rhodes has had a watching brief whilst Teemu Pukki has been writing the headlines, yet goals like this one justify why he was an important commodity for Norwich to source this campaign. His goals win points and at this level, he is a seasoned goalscorer, his biggest role might yet await him.

The travelling contingent in the Smethwick End was left bemoaning Tim Krul’s poor distribution in the opening period. Krul struggled to play the ball to his teammates due to the intense press deployed by West Brom resulting in options being limited.

However, his saves and the importance of them may just be contextualised at the end of this run.

Even when Krul was struggling to re-introduce himself to a regular starting berth at Norwich, Farke proclaimed how he’d be responsible for many points gained by the end of the season. After enduring unfair levels of criticism, the Dutch goalkeeper is now regularly producing saves that are winning the Canaries points.

Whether it be his double save in the dying embers of this fixture or his fantastic reflex save against Brentford, Krul’s contributions are resulting in more points gained for City than those lost.

Nobody should underestimate how significant that point could be in the weeks to come. It ensures West Brom are kept at arm’s length ahead of two massive games upcoming at Carrow Road.

This side can dig as deep as Australia and possess so much character and personality, considering the battle they find themselves a part of, that could prove pivotal.

All of this positivity and point grabbing is being witnessed against a backdrop of teams who operate with deeper pockets and bigger expectations. Underwhelm has been exchanged for genuine belief with the journey ahead looking significantly rosier than the one left behind.