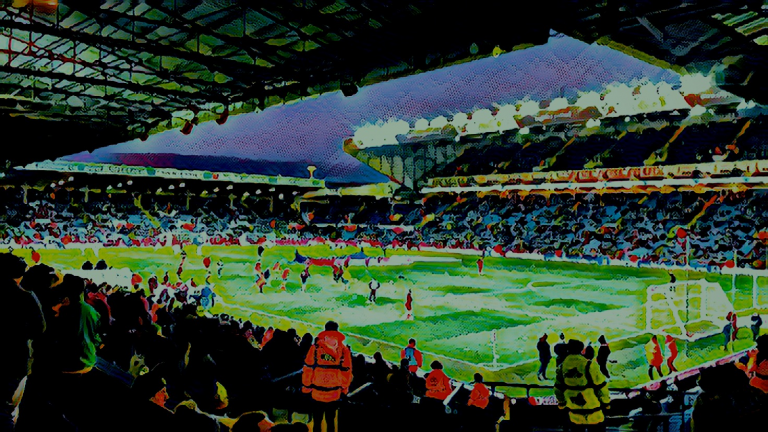 Facebook Twitter Reddit Pinterest Email
Head of TalkNorwichCity.com Connor Southwell dissects proceedings in a highly entertaining Championship encounter between Norwich City and Leeds United which ultimately put the Canaries back at the summit of the league table.

This was a fixture that didn’t need any hyping up or require extra motivation for those playing in it, the nature and context of it spoke volumes.

Cast your mind back to a somewhat warmer August and recall a Leeds United side dismantling Norwich City at will. Many pinned their colours to the mast and predicted Marcelo Bielsa’s side would waltz their way to promotion.

The direction of these respective football clubs appeared to be heading in entirely opposing directions.

Regarding quality on the pitch, Leeds seemed lightyears superior in terms of their application and execution of Bielsa’s methodology, even in the opening stages of the season.

Leeds mauled Norwich, there was no comparison between the sides.

Most supporters will remember that sobering match whereby Norwich looked like their limitations would see them nestle comfortably in the middle reaches of the table. Few inside of Norfolk anticipated the emergence of their side as a genuine promotion contender, let alone expect the return fixture of this match to hold any significance.

Yet, despite all the conversations about spying and letters to the EFL, it would be a game of football who would decide whether Norwich could match Leeds’ quality.

The response? Quite simply, wow.

To provide the most assured and best performance of the Daniel Farke era speaks volumes about the mentality, quality and self-confidence his squad has. The manner that they sucked up pressure before counter-attacking with real intent and venom was meticulous.
A game plan devised to perfection.

When you consume Norwich on a weekly basis, it’s simple to highlight weaknesses and look beyond their numerous and varied strengths.
What has been constructed by Stuart Webber and Farke is a force capable of dismantling any opponent through phases of quality interplay and intense pressing. Regardless of your capacity, watching Norwich City evokes a strong sense of pride currently. Not only because they are winning football matches, but because they represent something far greater.

Their Championship surge hasn’t been built on money or expectation but people grafting tirelessly, seeking different solutions to build a football club that could both prove it has learnt from previous errors but can be sustainable in the long term. Forget soaring transfer fees and wealthy benefactors, that Norwich performance was priceless to the punters at Elland Road and those watching on TV.

Quite the transformation from the apathetic, disconnected football club that stood on its knees in 2016 in desperate need of reinvigoration and direction.

Yet, as the travelling contingent of Norwich supporters stood on the terrace at Leeds United, there is now a togetherness and a belief that has replaced the negativity which was once so rife. Few sides have evoked the emotive response that this Norwich team manages.

So much has been made of Norwich’s possession-based football this campaign.

However, on this occasion, it would be their work out of possession that would prove an integral factor in their success.

Farke has instructed, even from the outset of his reign, that his players should be the protagonists when taking to the pitch. This campaign, you could recall several goals whereby Norwich’s pass count has exceeded double figures prior to the ball hitting the back of the net, leaving everyone witnessing it before gasping in amazement.

At Elland Road, it was about conceding possession but being tactically astute enough to manage to control the areas that Leeds probed with intent. To expect to dominate possession would have been naïve, so to discover a method of operation that resulted in withholding the efficiency they usually display is a credit to the work of their Head Coach.

They laid traps with their pressing and managed to control proceedings through their offensive, brave approach designed to hassle the back four of Leeds.

Controlling phases of the opponent’s philosophical approach is one of the hardest tactical skills in the game. The manner they still maintained the core of the positive work that has served them so well like having a potent front four working as a collective, a dynamic midfield duo while still seeking to play through the thirds is a testament to their character and quality.

This newfound sense of control stemmed from getting the fundamentals of defending correct.

Often overlooked is the youthful makeup of Norwich’s defensive foursome. Positionally, they were well-coached and intelligent, brave in their blocking and their commitment to the cause but also intelligent in the way they manipulated how Leeds passed the ball.

This Norwich side is beginning to blossom with serious maturity, displaying promotion credentials repeatedly. It isn’t merely their play on the ball, but the aspects of their all-round game that is also so impressive.

Most young footballers would have felt intimidated by the hostility of the Elland Road atmosphere but then, most young footballers aren’t playing for Norwich City. Nor are they coached by one of the best trustees in young prospects in England currently.
Farke has transformed Norwich’s on-pitch performances.

Bielsa is one of football’s greatest. His influence has been felt by the world’s top coaches yet, his approach was nullified by the method deployed by Farke. This match served as a graphic illustration of Farke’s methods. To school one of the best teams in the division simply underlines the quality of his coaching.

Oh, and he didn’t require a PowerPoint to do so.

To ignore the outside noise that his working methods drew from some quarters at the end of last campaign reinforces how deeply he believes in his philosophical ideas. Farke could have opted to sculpt Norwich differently, for example by adopting players with more experience and playing in a way tailored to get results.

Alternatively, he has been bold and stuck by his practices.

Players, namely Mario Vrancic and Marco Steipermann to name but two, have been transformed by his coaching. From players who were struggling to adapt to the rigours of Championship football to becoming key protagonists in this clubs push for promotion.

The aforementioned Bosnian midfielder has replaced the chief orchestrator of Norwich’s possession-based game in Moritz Leitner with aplomb.

Vrancic was somewhat of an enigma last season but is now seemingly a player capable of driving Norwich to victory through his exquisite range of passing and tough tackling that few expected he would be capable of during his initial season in England.

He has become the heartbeat of Norwich’s play. Few anticipated that he would step in Leitner’s shoes and possess the same influence that the German did. His freekick displayed such glorious technique, his tackling was a constant method of how Norwich gained possession in the Leeds half.

On the evidence of recent displays, Leitner will find it difficult to dislodge Vrancic. The potential many witnessed from him last season is becoming recognisable on a consistent basis in this campaign.

The comfort of that second-half performance from Norwich was a result of a sublimely executed game plan. The game management seen against Birmingham to prevent the pendulum swinging against them was repeated with more gusto and assurance.

The combination of their slick, efficient combination play which they have become synonymous for was married with grit, determination and commitment.

Control was a pertinent theme in their performance throughout the evening, never did the result seem capable of switching or changing. Norwich was in the ascendancy throughout.

The ramifications of this result are unclear, but for Norwich to be sat at the summit of the table after, arguably, their most testing period of fixtures to date underlines their quality. To display a performance that was so accomplished is enough to convince anybody that they possess the tools to gain promotion from this division.

They are refusing to go away all whilst emphatically responding to their doubters.

After that performance from Leeds at Carrow Road in August, many expected they were watching the champions in waiting. Based on the evidence of Saturday’s encounter, however, that prediction seems to have altered for it was Norwich who looked like the side capable of grasping the mantle and descending towards being crowned as the winners of the division.

Farke won’t allow his squad to get carried away however, and the focus will rapidly shift to the East Anglian Derby on the horizon and the numerous subplots which will arrive with it.

Not only is this your bog-standard Derby encounter but it also involves the return of ex-Canary manager Paul Lambert to Carrow Road. Perhaps the only salvation in a season of disaster for Town will be a Derby Day victory. Lambert will relish the prospect of being able to stick two fingers up to his ex-employers. See his return to Colchester as boss of Norwich as a reference.

On the surface, it is a home match against a side rooted to the bottom of the league without a flicker of hope beyond a football miracle that even Lambert will struggle to produce.

Based on the evidence of Saturday, Norwich will be relishing the chance to put their arch nemesis to the sword but ultimately another three points will be crucial in their run to success.