Burton Albion’s meteoric rise was unpredictable but for the neutrals, it was a tale full of romance as the Staffordshire underdogs continuously overachieved.

It’s a wonder narrative, one which was extended by a season of survival in this division last campaign. Under Nigel Clough and limited resources, Burton are seeking to extend their Championship stay beyond May.

Most opposing supporters will earmark Burton as their favourite away day. A traditional and compact ground whereby standing is permitted, is has all the necessary ingredients of an excellent away day.

With no win in eight matches at the Pirelli Stadium, those visiting supporters have been leaving the Pirelli with all three points.

Despite a promising start, Nigel Clough’s Burton side were unable to hold onto their 1-0 lead and extend their two-game winning streak against Leeds, succumbing to a 2-1 defeat. The Brewers start this gameweek one point clear of the drop zone, but could well slip back into the bottom three with a defeat here.

But what can Norwich expect from Burton on Saturday? 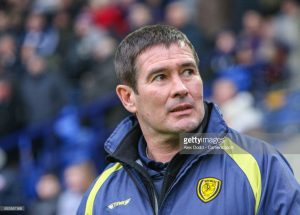 The Clough ménage are renowned for their devotion and commitment to football across decades, particularly in the midlands. Following the footsteps of his legendary father by coaching Derby, Nigel is now establishing himself at Burton Albion as a manager.

Despite not displaying the eccentricity and charisma of his father, Clough runs a more stable and, arguably less egotistical ship, albeit it as a sacrifice for success. They may be related, but Nigel and Brian could not be any different regarding leadership styles.

His transition into management began at the club he currently spearheads. He accepted the role of player/manager whilst Burton resided in the Southern Premier League in the 7th tier of the football pyramid.

In 2009, he opted to emulate his father by joining Derby County and becoming their longest serving manager for over for a decade. He was eventually sacked in the 2013-14 season following defeat to Nottingham Forest.

Via Sheffield United, Clough returned to the Pirelli with the club drastically overperforming at the peak of League One, despite a slump in form, Burton got promoted to the Championship for the first time in their history.

The mission for Clough was then one of stability.

With a relatively non-existent budget, Clough mastered Burton’s survival in 2016-2017, and is seeking to do the same again this season. 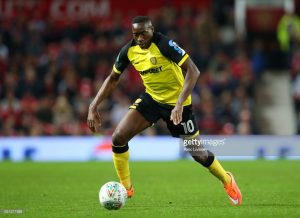 Lucas Akins has been a shining light in a turbulent and sobering season for Burton.

The versatile midfielder has been a prominent figure for the Brewers this season, starting 22 times scoring twice. Akins desire to dribble alongside his preference for shorter passes could make him a key protagonist for Burton.

Akins has been critical to any success Burton have had to date, his versatility as well as his directness on the ball has been used with varying success this season. Clough has deployed him in the striker position, but with one goal in nine appearances whilst operating there, his manager has called upon alternative options.

His success of late has arrived with Akins occupying a deeper position in the central phase of the pitch. Despite his lack of technical quality when compared to other operators in the division, Akins physicality and dynamism coupled with his arduous working style make him a threatening proposition and a powerhouse in the middle of the pitch.

Akins career pathway has seen him represent outfits like Tranmere and Stevenage. He is the epitome of where hard graft can take you, from a loan spell with Northwich Victoria to being a pivotal figure in Burton’s rise. Akins has settled with the Brewers.

A player Alex Tettey and Tom Trybull will need to chaperone with success. 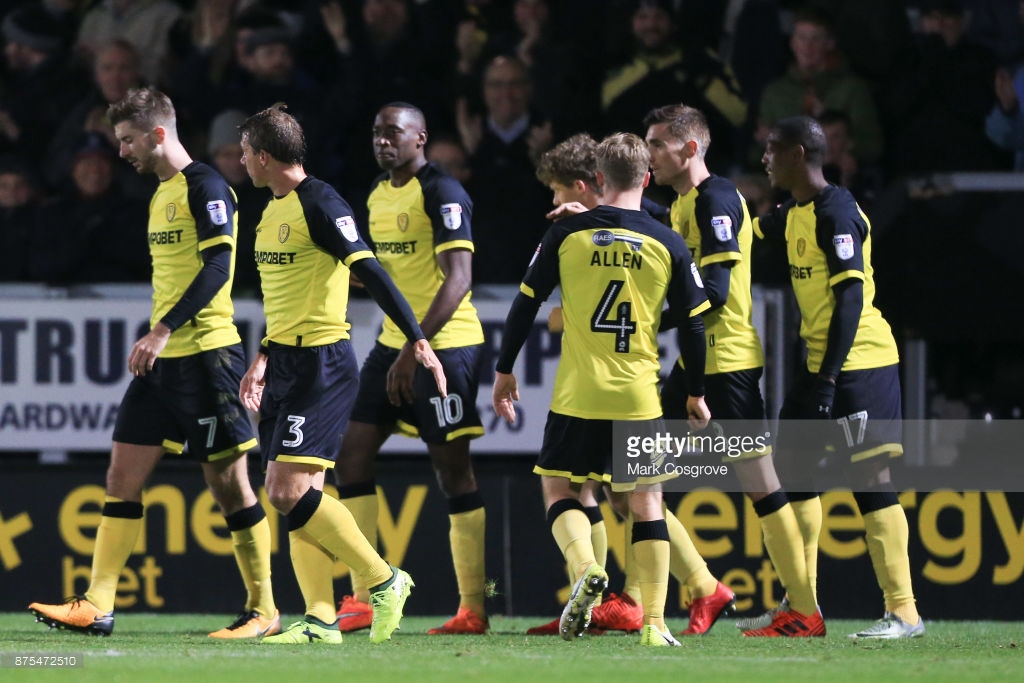 Burton operate with a 3-5-2 system centred on overloading the middle phase of the pitch to be a collectively strong defensive unit. The athleticism of Scannell and Sordell provide an edge on the counter, although Burton has struggled to be clinical in goal scoring operations.

Burton will be an organised and defensively sound collective.

Built with the heritage of traditional values, Burton are a side who understand their limitations and attempt to overachieve with a group who work tirelessly in restricting chances and defending well.

On the ball, simplicity is the order of the day. There will no emulation of Pep Guardiola’s philosophy nor will Jurgen Klopp’s gegenpress be evident in Staffordshire. Clough’s warriors will fight for every ball whilst remaining competitive by using a zonal pressing system.

Norwich will need to be quicker than in previous outings whilst in possession, or run the risk of being crowded out. The hosts have looked much improved in recent weeks, with visible signs that they can compete in this division. After testing Reading and Leeds in their previous outings, Norwich will need to be careful heading to the Pirelli Stadium.

Chris: Tough game lies ahead for the Canaries, play the wrong team and Daniel Farke risks getting bullied off the ball for 90 minuets by Burton. My head says we’ll draw this, but I’d like to think we’ll start with Tettey and Trybull so hopefully we’ll collect all 3 points. 1-1

Connor: A confidence-boosting 2-0 away win over Birmingham helped ease fears of dropping into a relegation battle, with the Canaries now 11 points clear of the danger zone. Consolidation seems the aim this season ahead of a busy summer of building. Norwich to come through victors here. 1-3

Jack: It can only be better than last time City travelled to Burton. You’d hope after the win over Birmingham we’ll be in good shape to pick up two away wins on the bounce but it’s never as easy as it first seems travelling away from home. You’d think that if Tettey & Trybull can put in another good shift that this game is ours for the taking. Another massive game, and another game we have to win. 1-4