As all eyes are torn away from matters in a grueling and underwhelming Championship campaign for Norwich City as they prepare to welcome the champions of the Premier League in Chelsea.

Chelsea are unbeaten in 13 matches against Norwich, last suffering defeat to the Canaries in 1994. Antonio Conte’s side are in good form and overwhelming favourites to overcome the 13th best side in the Championship.

However, this is the FA Cup after all, a competition acknowledged and adored across the globe for its tales of giant killing stories and romanticism generated by smaller outfits defeating the giants. With Chelsea having faced Arsenal on Wednesday, many will expect Antonio Conte to field a second fiddle side with the expectation being that Chelsea should blow Norwich away.

This is a Norwich side who rattled the cage of Arsenal at the Emirates, and despite Chelsea being an arguably stronger outfit, Norwich will carry the tag of underdog and seek to record a victory at Carrow Road. Norwich have found a bit of form ahead of Saturday’s meeting with Chelsea. They have won as many games in their last three outings as they did in their previous 13 matches combined.

Norwich has only reached the fourth round of the FA Cup twice in the last ten seasons but what can they expect from Chelsea? 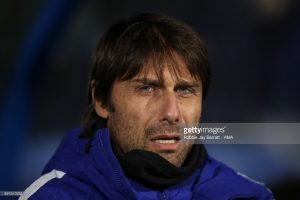 The Italian has made quite the impression on the Chelsea faithful to date.

Following his appointment after the European Championships in 2016 whereby he led Italy to quarter finals. He was tasked with revitalising Chelsea following a bleak season under Jose Mourinho. Conte replaced interim manager Guus Hiddink and sought to put Chelsea back on their perch.

The 46-year-old also enjoyed an illustrious playing career where he rose to prominence at Italian outfit US Lecce before Giovanni Traptattoni signed the midfielder for Juventus. Conte went onto win five league titles alongside an abundance of other honours during a highly successful 13 year stint in Turin.

As a player, Conte was a versatile, energetic box-to-box midfielder but as a coach, he has earned a reputation of being an adept tactical operator.

Under his stewardship, Juventus subsequently won three Serie A titles consecutively and back to back domestic cup success. After a spell with his national side, Conte accepted the role of Chelsea head coach and was lauded after winning the division in his first attempt.

Conte’s side have found themselves, like the others, suitably second best to Pep Guardiola’s Manchester City but a productive festive period has found them residing in 3rd position. The small Italian will be hoping to add a FA Cup to his extensive list of career honours. 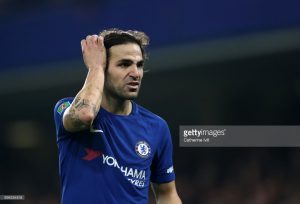 With the expectation that key men like Eden Hazard, Alvaro Morata and N’golo Kante will be suitably rested, Chelsea will be reliant on the ex-Barcelona midfielder to pull the strings at Carrow Road.

Fabregas is currently blossoming in a Chelsea side full of confidence as they look to extend a run of five matches without defeat. Fabregas has been a key component of Chelsea’s clockwork at present, and was named as man of the match in games against Brighton and Bournemouth.

He was considered as world class offensive operator during his spells at Arsenal and Barcelona, but has also added guile to his game. He now operates in a deeper midfield position where his range of passing can be documented exquisitely alongside his desire to tackle. Fabregas is excellent on and off the football.

He has the potential to be a match winner on Saturday evening, with moments of indiviual quality on the ball enough to win games. He could be a key protagonist and will require constant attention for Norwich City’s preferred midfield partnership.

With a pass completion percentage of 83%, Fabregas’ ball retention is sublime, expect him to dictate the tempo and rhythm of the game from a deeper position should he start at Carrow Road. 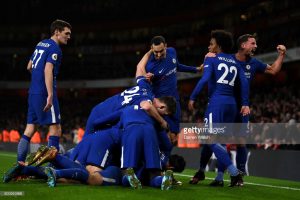 Conte won the Premier League with a 3-4-3 formation which allowed Eden Hazard and Pedro/Willian space between the lines to penetrate their opponent’s back line. With the creativity he has at his disposal, he simply had to muster a system which allowed Chelsea’s key operators to flourish.

The formation requires a strong forward player to hold up the ball and bring the inside forwards into play. Conte adores combination movements in wide areas and developed this system to facilitate this into Chelsea’s offensive movements.

For Chelsea to have these offensive combinations in wide areas, they must have strong central occupation and midfielders who can switch the play in order to transition for alternating sides of the pitch. Conte initially deployed a 4-3-3 at Stamford Bridge, but Chelsea got confined in small spaces and drastically struggled to switch the play.

That’s what made the sale of Nemanja Matic so perplexing. He was a key agent of the strength in midfield.

The midfielder closest to the action will push across in support to create a diamond (two triangles) in which combination play and movement can be fluid.

Chris: Quality in abundance, they could play their 7th team and still beat us. I believe after recent results our lads will show a valiant effort, but not enough to shake the big boys. Saying that, I’m still haunted by Zola’s finish, maybe it’s time I moved on! 1-3

Connor: Norwich has stopped the rot, now it’s about playing with no fear and requires them to demonstrate defensive resolve if they are to finish the game with any credibility. I am fearful of the result here, Chelsea are unbeaten in five and have a real strength in depth for Conte to rotate his starting 11. Big loss incoming for Norwich. 0-4

Jack: City’s performances have certainly looked better in recent weeks but even a 10/10 showing from a first choice Norwich 11 will still be outplayed by the dazzling Chelsea. As well as that Chelsea can wave goodbye to the league title so even more emphasis will be on the FA Cup for them. A nice opportunity to experiment a little for Daniel Farke and also go into a game with zero expectation. An interesting weekend awaits. 0-2