Leeds United supporters would have been dreaming of the Premier League after they became one of the early pacesetters in the division.

However, after a dip in form, the Whites are slowly restoring the form which saw them sit at the summit of the Championship previously. Leeds will be looking to maintain a run of form which has seen them unbeaten in three games. Norwich will be greeted with a strong side keen on counter attacking football.

The hosts are starting to string some results together now, heading into this clash with seven points from their last three games. Leeds currently sit on the outskirts of the playoff places and a victory against Norwich could move them into a top six position. 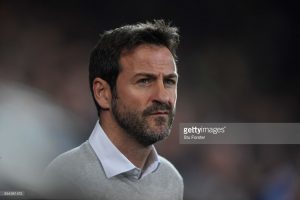 A few eyebrows were raised when Leeds appointed Thomas Christiansen as their new head coach following Garry Monk’s resignation at Elland Road. The Dane arrived from Cyprus with big expectations after significant success with APOEL.

He was a relatively unknown quantity when he arrived on English shores, but the ex-Barcelona striker has steadied the ship once more following a tough period. With the success of his precursor alight in the backburner and stable owners following a frenetic freehold from Massimo Cellino, expectations are rife in West Yorkshire.

Leeds will be praying the Danish coach can place Leeds back on the perch which it sat during the Champions League and title winning seasons.

Christiansen has had an intriguing career prior to landing the hot seat at Elland Road. He began by being appointed onto the coaching team at United Arab of Emirates side Al Jazira, where he occupied the position of assistant manager.

Following this flirtation with UAE club football, Christiansen left his role to take the top job at Cypriot First Division side AEK Larnaca FC, after having been approached for the job by former Barcelona B teammate Xavier Roca, within two seasons, he spearheaded them to consecutive best-ever runner-up league finishes.

This subsequently rewarded Christiansen with a job at APOEL, whereby he won the Cypriot league losing only twice and keeping 27 clean sheets in the process.

He boasts a 48% win percentage whilst at Leeds, winning 12 of his 25 games in charge. 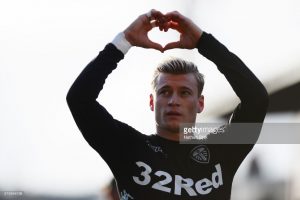 The midfielder from Macedonia has been instrumental to Leeds campaign thus far. He has injected a sense of creativity alongside colleague Samuel Saiz, and that duo has been devastating for opponents. He joined Leeds from Swiss side Lugano. He is a versatile left footed player who operates on the right wing primarily.

Alioski is currently enduring a prosperous run of form after four goals in his last six games and two assists during this run. He is a offensive threat for Leeds and along with Saiz, could boast a major threat to Norwich on Saturday.

A direct and willing runner who is keen to cut inside and have a shot, Alioski’s game isn’t all about offensive situations. His defensive contribution shouldn’t be discounted with him being a effective part of Leeds defensive shape.

He averages 2 shots per game and one key pass. He’s a key offensive cog to Leeds clockwork.

Norwich will need to defend him well if they stand any chance of leaving Elland Road with all three points. He is a quick, direct winger who enjoys a scrap and is excellent in the tackle. Perhaps not the best option on the ball when Leeds are attempting to retain possession, but a player who can create moments of magic and win matches.

He has been most effective when operating as a right winger and in this position, is a top operator at this level. He has played 12 times in this position, scoring five times. Marco Steipermann will be in for a tough afternoon should he face the Macedonian international. The former will have improve positionally or run the risk of being caught out down the right side. 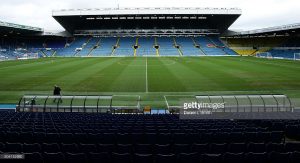 Leeds operates in a 4-2-3-1 primarily, but Christiansen has been prone to switching to a 4-3-3. They opt to counter attack teams but freely having a multitude of shots from distance. Christiansen has his side defending doggedly and aggressively.

In regards to defensive shaping and closeness between the defence, midfield and striking positions, few are better than Leeds United. Christiansen has imported his excellent defensive work which saw his then side APOEL become crowned as champions of Cyprus and despite being a striker by trade; he has installed a defensive stability to Leeds.

Norwich will need to be direct and purposeful on the ball whilst remaining effective in their counter actions. Also, Norwich must be quick to transition between offence and defence if they are to get a victory over Leeds.

Chris: I think it will be a very cagey affair. Leeds have won just one of their last five games at home. By a one goal margin too. Both teams to cancel each other out first half, then Yanic to come on and steal a late winner. 0-1 City.

Connor: I’m going to firmly sit on the fence and predict a score draw. As Chris has rightly highlighted, Leeds have only won once in five attempts at Elland Road. I’m not sure Norwich have overcame their offensive woes. 1-1.

Jack: I’m used to asking the questions! I think it’ll be a tight and tough game for Norwich, but I have a sneaking suspicion that we’ll nick it. 2-1 City.