Ipswich haven’t won an East Anglian derby match since April 2009, but with just goal difference separating the two sides in the table, they look in a much better position to pose a threat to Norwich now than in recent years.

Daniel Farke’s Norwich head into this derby clash having lost just once in their last eight league games and will be confident of extending that run against an Ipswich side who have won just twice in their last nine matches.

Three of the last five derby games between these two sides have ended in 1-1 draws and with little to separate the pair in the league, a well-fought, tight encounter looks on the cards here. However, with the form tables turning in their favour and the backing of Carrow Road on their side, Norwich will be considered slight favourites.

This is a tag Farke has been keen to downplay all campaign, but with a positive performance at Derby and the sustained run of form Norwich find themselves in, it is only natural that they are favourites. Farke and his squad have proved they have plenty of character.

What can Norwich expect from their neighbours? 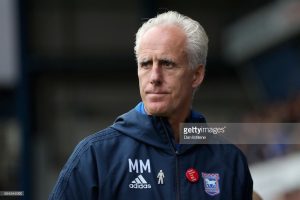 Mick McCarthy; what you see is what you get, straight-talking, intimidating, a product of the school of hard knocks, stubborn beyond belief, a healthy edge of arrogance with a dash of endearing dry humour.

The Irishman has steadied an Ipswich ship seemingly sinking following the traumatic reins of Roy Keane and Paul Jewell.

He was a steady pair of hands capable of working within the constraints of a financial straitjacket whilst ensuring Town are competitive in this division.

Solid yet unspectacular, his style of football has seemingly driven a large wedge between the Ipswich faithful and the club.

Yet McCarthy is an established Championship operator and should Ipswich opt to change manager, they could regress into the position McCarthy inherited them in.

The ex-Barnsley, Manchester City and Lyon defender began management at Millwall before taking charge of his country between 1996 and 2002. He was sacked following intense media scrutiny as he persisted with players who were perceived as inadequate by supporters and the media alike.

He was appointed as Ipswich manager via spells with Sunderland and Wolverhampton Wanderers. He currently boasts a 38% win percentage in 268 games in charge of the Suffolk outfit but is yet to win an East Anglian Derby.

This looks set to be McCarthy’s last as his contract comes to an end in the summer and with attendances decreasing rapidly and supporter’s discontent growing, the likelihood is McCarthy will depart.

Yet he can look back at his spell at Portman Road with fondness. But will he sign off with an East Anglian derby victory in the backyard of their biggest rivals? 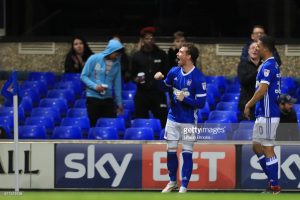 Timm Klose got bullied by Daryl Murphy as he experienced his first taste of an East Anglian Derby last campaign.

Murphy’s physicality allowed him to school Klose as to the nature of the division. As Murphy departed to Newcastle, Ipswich required a suitable replacement cast from the same mould as the prolific Irishman.

The ex-Preston and Rangers striker was bought down south in exchange for £1m. His physicality and aerial dominance were both traits Ipswich desperately required for their style of play.

Garner’s a shrewd operator and real handful for opposing defenders, in part down to his strength aerially.

His remit was to bring a consistent stream of goals to an Ipswich frontline which struggled for goals last season and with ten goals this campaign, he has done that.

Garner joins McCarthy in being a traditionalist.

His high work rate and pressing are both essential parts of his game and this may be a good option for Ipswich to condense the pitch whilst Norwich retain possession in their half. His physicality and range of finishing will make him a threat that Norwich’s rearguard are tasked with nullifying. 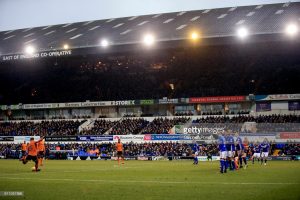 Organised, disciplined and build in their image of their manager.

Simplicity prevails over finesse and defensive organisation is built into the foundations of which they try to succeed. In defence, a well oiled unit who operate in a flat line and full backs who are more defensively orientated.

In centre back, don’t expect to witness ball playing defenders.

With Bersant Celina in the wide areas, his trickery and pace could pose a threat in the final third.

Offensively, well worked set pieces and winning second balls are their best method of attack but the creativity and pace in wide areas present an altogether different dimension for the Tractor Boys. Defensively, counter attacks and shots from range has caused them difficulty this season.

Who will leave Carrow Road with the bragging rights?