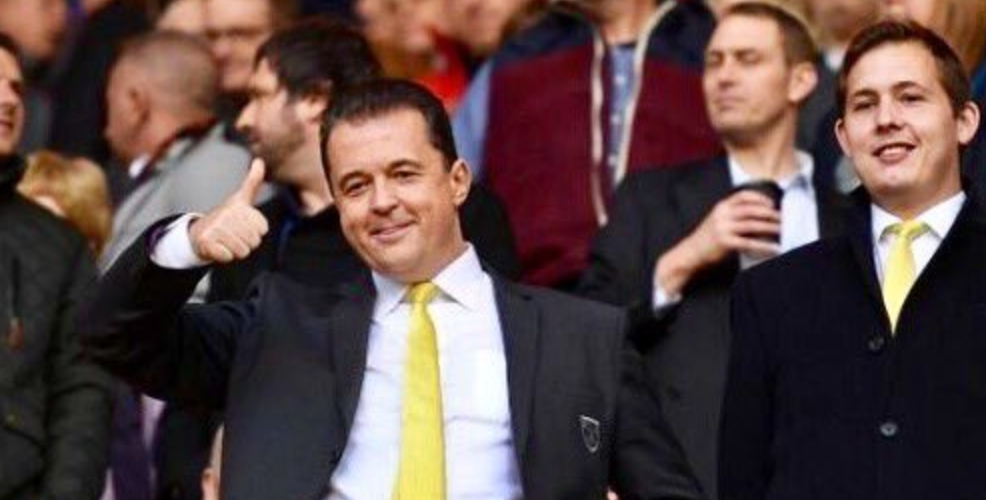 257 views
3 min read
Facebook Twitter Reddit Pinterest Email
Jez Moxey's shock resignation from Norwich City will please many Canary fans, but promotion back to the Premier League will please even more. Moxey's now infamous speech at the AGM didn't go down too well, but Chris Reeve thinks promotion could be back on the cards

Alex Neil’s men have finally started to back him up. Not that they had any longer to do so.

Jack and myself sat very near to where Timm Klose celebrated (if that’s what you want to call it) City’s second of the afternoon. When the players came together to join the man with the house in Diss, it was more than just any standard celebration happiness. You could really grasp a sense of how much it meant to them, there was a visible grit about the players and our style of play against Birmingham that we’ve not witnessed in far too long.

So despite the recruitment being below par once again, it’s extremely obvious that the players we have are more than capable of winning games, grinding our results, climbing up that Championship table and even… clean sheets!

Kudos to big John Ruddy. I’ve criticised him this season but he’s proved a lot of supporters wrong in the last few games. His sheer presence in the changing room is clearly having a positive effect on the pitch. Ruddy’s communication with his backline has been excellent recently and now we have a consistent defence in place, we do look a lot more solid and in control.

You might have seen my latest Reevo Reacts on the TNC YouTube channel. So forgive me for repeating the same message here – but it’s time to come to terms with the fact we don’t really have much money to spend at all. Having rightly been paid back the money the club owed her; Delia is down to her last peanuts which highlights the need for new investment to make sure our club can actually progress in the current football market.

Winning away from home at Cardiff this weekend would mean more hope starts to be restored in the Carrow Road faithful. Our away form has been so poor, I’d go as far as saying that winning against Cardiff would mean we are officially back in business.

How the tides change in football. Norwich City are now just 3 points off the playoffs. Is it possible? Of course it is.

Over to you, Alex Neil…

Random note: Howson is the man.

On The Ball, City!